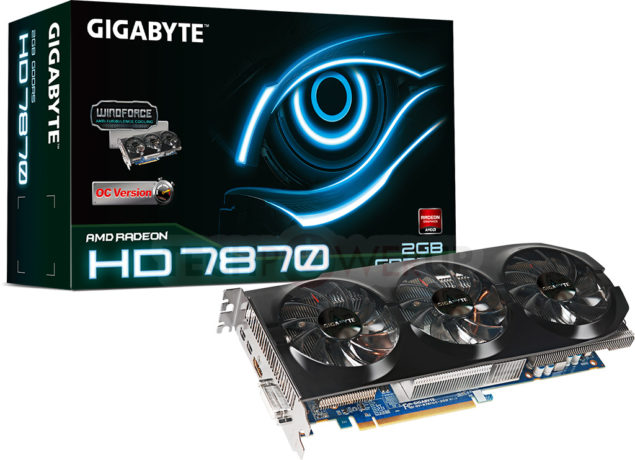 The GV-R787OC-2GD Features the WindForce 3x Cooling featuring a total of three cooling fans with a 5-10% increased factory clock speeds which means around 1000Mhz+ Core clock. The Gigabyte Radeon HD7870 also makes use of Ultra Durable VGA+ PCB. The card would be priced at $349 during launch on 19th March.

The GV-R785OC-2GD is equipped with the WindForce 2x featuring a dual fan design, This card is also said to be overclocked upto 5%. Both cards feature a 2GB GDDR5 Memory running across a 256-bit wide memory interface. Gigabyte HD7850 would be priced at $249 on launch.