Gigabyte has sent out press briefings for a card that will raise many an eyebrow. The reason? It is a custom cooled GTX Titan Black and no it is not a Water Cooled card (which does not violate Nvidia's AIB Restriction). However Gigabyte steps around the restriction by including the Custom Cooling solution along with a full reference card and then selling it at slightly above MSRP. The result? you get a massive 600W Windforce 3X GPU Cooler along with a reference GTX TITAN BLACK for only 910 Euros. 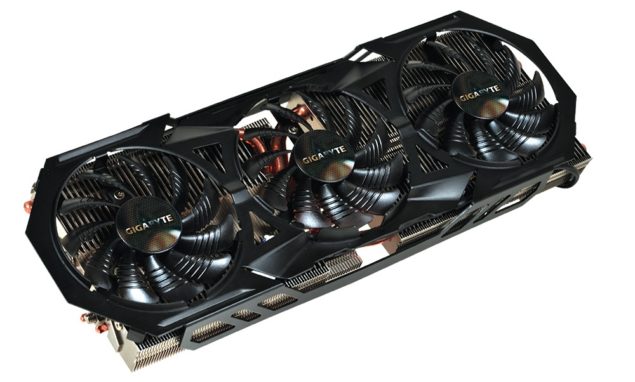 I must say that AIBs should be commended for circumventing Nvidia's AIB Restriction (innovation and ingenuity are the hallmark of progress). The price bump is somewhat hard to stomach, though I guess if you are already dishing out 1k, another 200 dollars should not make a difference. However, this goes on to show you that gaming companies might still be looking out for gamers along with their own Business Motive after all. Anyways moving on to the actual news. So this particular cooler series from Gigabyte is nothing new, infact a common example is the Windforce 3X 450W. Gigabyte hasn't changed much apart from the actual heat sink which can now accommodate 200W more heat. The design remains more or less the same with copper heat pipes delivering the load directly to two heat sinks separated by a few centimeters of air. 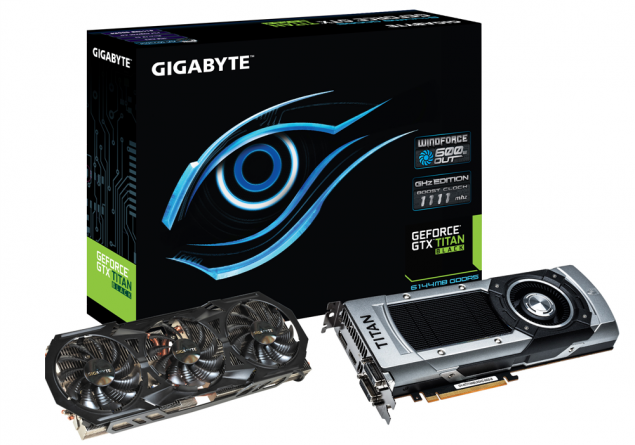 The Windforce 3X 600W has (as the name clearly depicts) 3 fans to tame the GTX TITAN BLACK and does this in a Dual Slot form factor. Although the middle fan seems redundant, it is necessary for keeping any stagnant air from collecting in that little hot spot. Finally the official description: