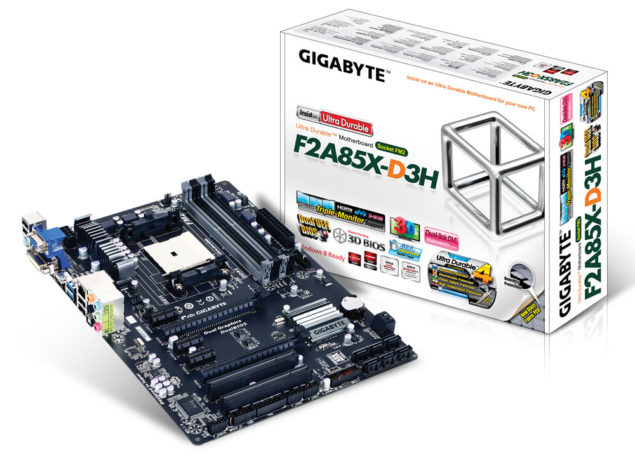 Gigabyte has announced its latest F2A85X-D3H Socket FM2 motherboard which is based on the ATX Form Factor and features a black PCB design. The F2A85X-D3H features the AMD A85X chipset and Socket FM2 which allows compatibility with the latest Trinity A-Series Accelerated Processing Units.

The new FM2 motherboard from Gigabyte is equipped with a 4+2 phase VRM and is built on the Ultra Durable 4 design. The board four DDR3 DIMM slots directly wired to the APU which can support memory upto 64 GB with rated speeds of 1866 MHz. Expansion slots include PCI-Express 2.0 x16 slot, PCI-Express 2.0 x4, three PCI-Express 2.0 x1, and two PCI slots.

The board includes a AMI Aptio UEFI BIOS and 3D UEFI setup program. Expect retail availability of the board soon with pricing around the $100 mark.