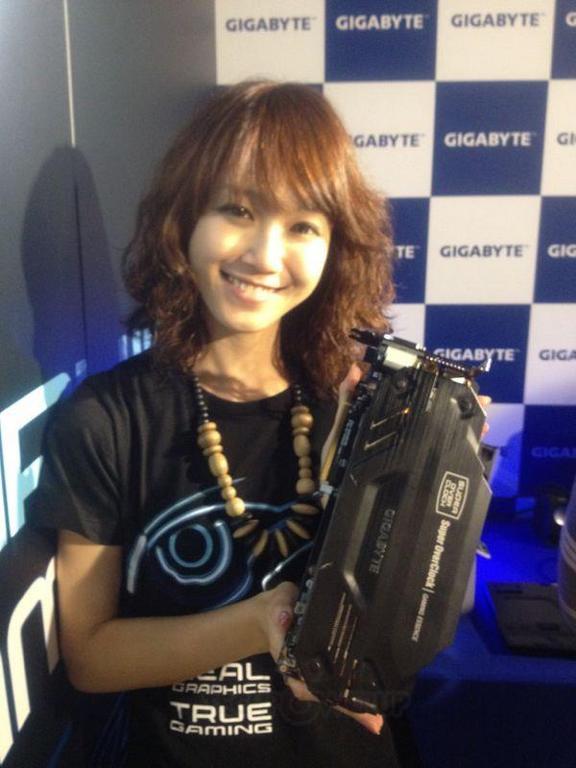 Gigabyte's GeForce GTX 680 SOC graphics card featuring the WindForce 5X Cooling solution has been spotted in action by the guys at TechpowerUp. 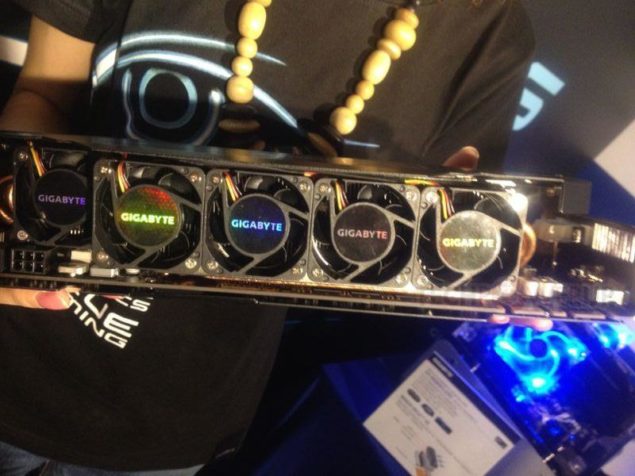 The most interesting feature about this abnormally large card is that rather than directing airflow downwards from the cooler shroud, The WindForce 5X throws air in the perpendicular direction of the PCB through five 40mm fans. The cooler features a large aluminium heatsink block fitted with several heatpipes which are provided fresh air though rather than blowing outwards, the hot air would remain inside the case which could be an issue for most users.

This hefty cooling design is hidden by a large aluminium cooler shroud which covers three expansion slots, The card is provided juice through an 8 Pin + 6 Pin connector and display outputs include the reference two DVI, HDMI and Display port. The card when launched would feature a vicious factory overclock and same goes for its price. 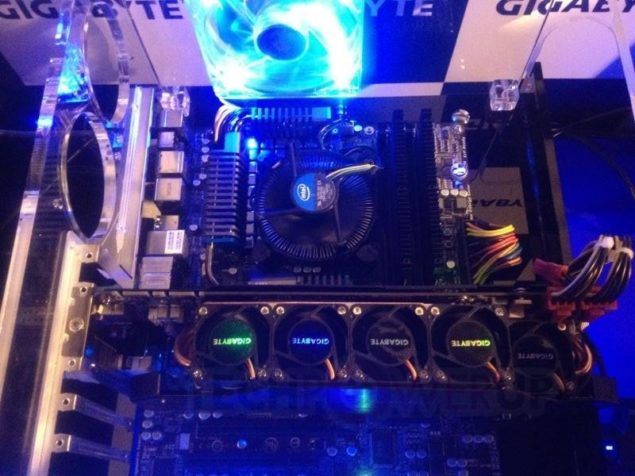