EA has detailed its upcoming Getaway Battlefield: Hardline Expansion, which releases in January 2016. 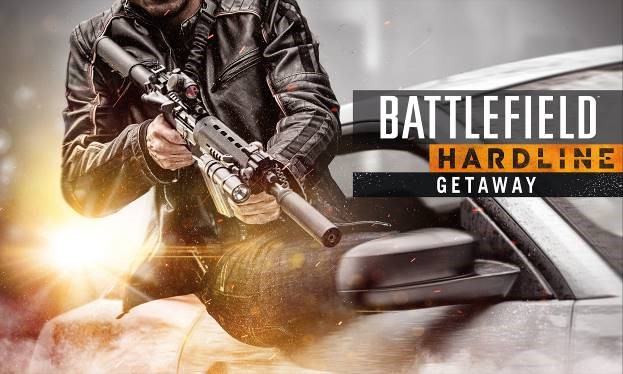 Battlefield Hardline was released earlier this year, and has already received 2 additional expansion packs. The Getaway will be the game’s third expansion, out of the 4 expansions that were announced together with the Premium Edition of Hardline.

Battlefield Hardline: Robbery – Take down the opposition head on and progress through key locations with major cinematic action. Available summer 2015.

Battlefield Hardline: Betrayal – There is a rat in every operation and players will have to find out who to trust. Available winter early 2016.

Drop the clutch, lay on the gas, and hold on to your seats, because Battlefield™ Hardline is gearing up for its fastest, most explosive expansion yet! Whether you’re making a dusty, high-speed escape across the Mexican border, or closing in on a hot pursuit along the sun-drenched Pacific coast, you’ll be chasing glory at top speed when you play Battlefield™ Hardline: Getaway*, coming January 2016.

A great getaway is key to a great heist. If you’re a criminal wheelman, your payday is dependent on your ability to evade the cops. If you drive for the law, the fastest way to earn your badge is to take down the thieves before they can escape into a cloud of dust and burnt rubber. Ready to rev your engines? Here’s what owners of Battlefield Hardline: Getaway will get…

In addition, all Battlefield Hardline players will receive a game update that includes new weapons and patches, as well as new features we’ll talk about soon.

Earlier this week we reported that EA DICE is working on the next Battlefield game.