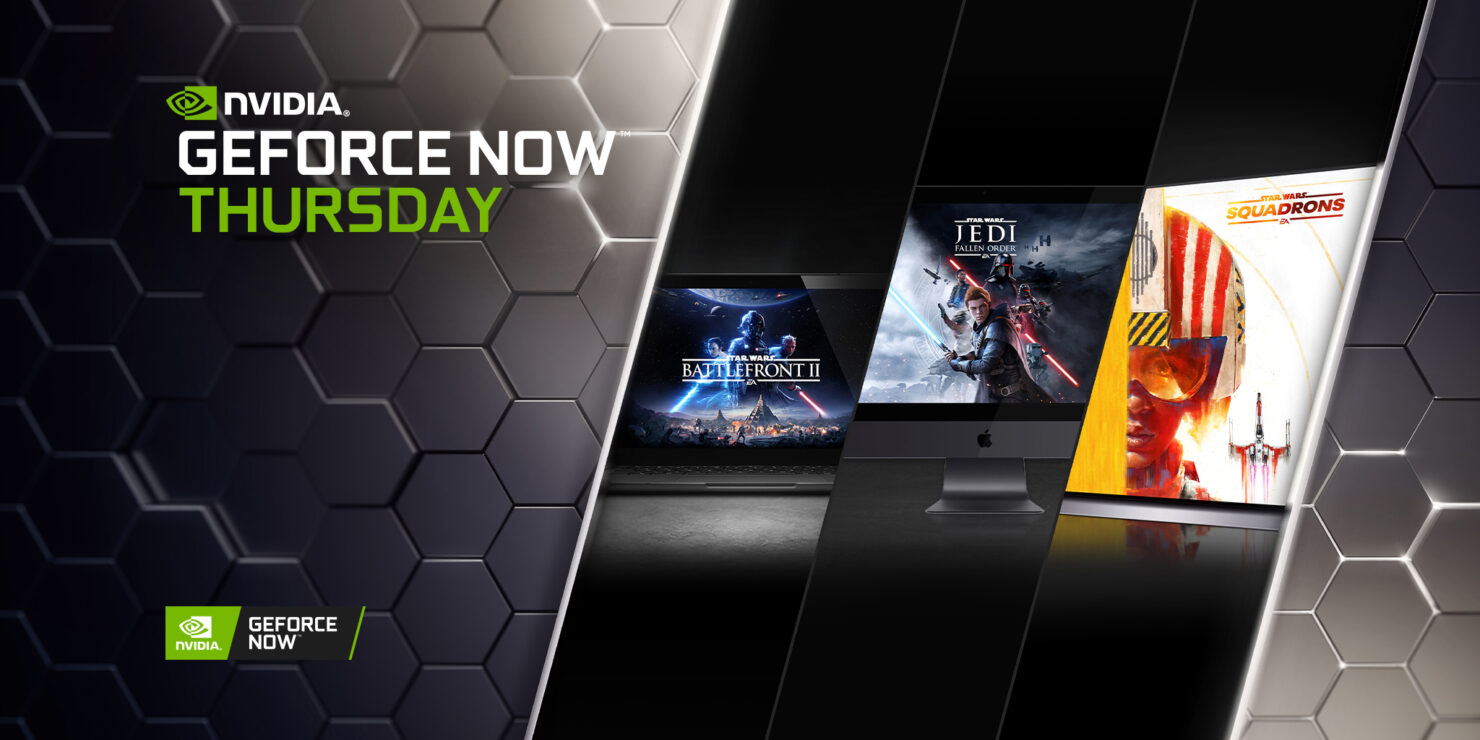 Today's GeForce NOW Thursday news seems to be one of the biggest in the service as there are multiple significant updates for the service across several devices with it. As the headline says, 4K support has been added to the PC and Mac versions of GeForce NOW, while some mobile users also get access to 120 FPS. That's on top of the Star Wars celebratory additions to the GFN library.

So, let's start with the games. This week, 3 Electronic Arts Star Wars games are going to join GeForce NOW today:

Additionally, Backbone: Prologue has recently been added to GeForce NOW's Instant Play Demos. You'll be able to play this game and try it out before purchasing the full game through the cloud service. NVIDIA has also stated that it will bring 27 games throughout May (including the ten announced above). You can expect the following games to show up throughout the month:

That's not all with the upgrades the GeForce NOW app sees today, though, as GeForce NOW is leveling up mobile gamers with support for more 120Hz devices capable of streaming at 120 FPS with RTX 3080 memberships. The newly supported devices are the Samsung Galaxy S22 and S22 Ultra, Galaxy Z Fold3 and Flip3, and OnePlus 9 Pro.