The upcoming Gears of War 4 might well be the ‘largest’ Xbox One game to date, as the shooter seemingly requires a massive amount of free hard drive space. 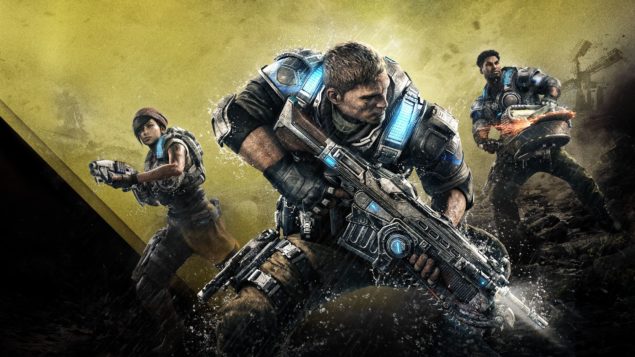 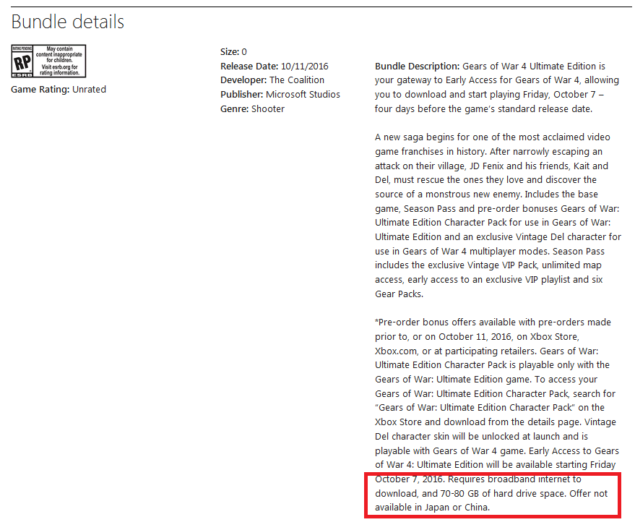 According to the description, the bundle requires a massive amount of free hard drive space – 70/80GB of free space. 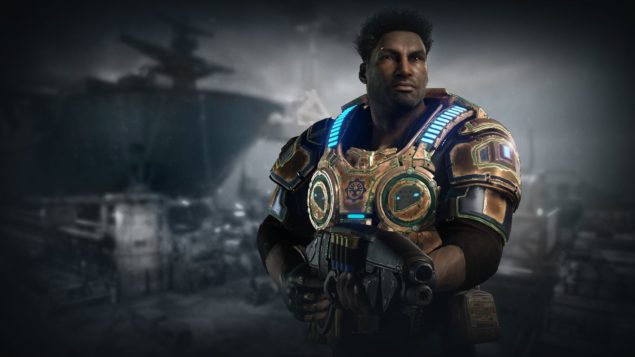 In contract, the largest Xbox One game to date is Halo: The Masterchief collection which requires nearly 63GB of Xbox One drive space. Do consider that the Masterchief Collection includes Halo 1 to 4, where Halo 2 received a HD redesign. Whether the mentioned free space is merely some sort of placeholder size is currently unknown, but we wouldn’t be surprised if Gears of War 4 will indeed require a massive amount of free space. Even more so if you take into account that the recently released remastered version of the original Gears of War, Gears of War: Ultimate Edition,  requires nearly 45GB of space.