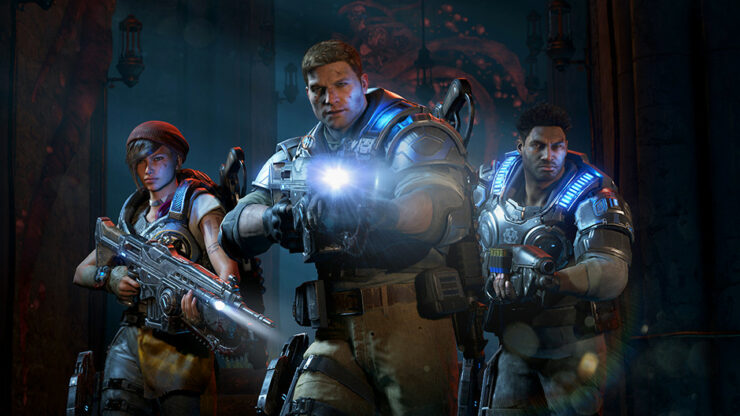 The Gears of War 4 graphics have been greatly improved since the game’s multiplayer beta.

Back in April a multiplayer beta for Gears of War 4 was launched, which could be played for a week for those who owned an Xbox One. The beta received a lot a backlash from the community however, as the graphics were rather disappointing. Although proclaimed as a beta, it could better be title an early ‘alpha’ build.

Almost two months later we can report that the game’s visuals have been greatly improved. To sooth the Gears community, The Coalition’s studio head, Rod Fergusson, took to Twitter to show the visual improvement since the beta.

Fergusson added that the game is “getting better every day”. Judging from the screenshot, it is clear that both a lot details have been added to the game’s environments and characters. Additionally, the game’s lighting has evolved since the beta.

Gears of War 4 is scheduled for a release on October 11 for Xbox One. A PC version might be released as well, but hasn’t been confirmed. The game is to be a “graphical showcase” for the Xbox One, just like the original Gears was for the Xbox 360.

These HQ Gears of War 4 Screenshots & Art Are Mindblowing