The campaign of Gears of War 4 will run at 30FPS, while the game's multiplayer component will run at 60FPS. In a recent IGN Podcast, The Coalition's studio head, Rod Fergusson, explained the studio´s decision to lower the
game´s framerate in the campaign mode. 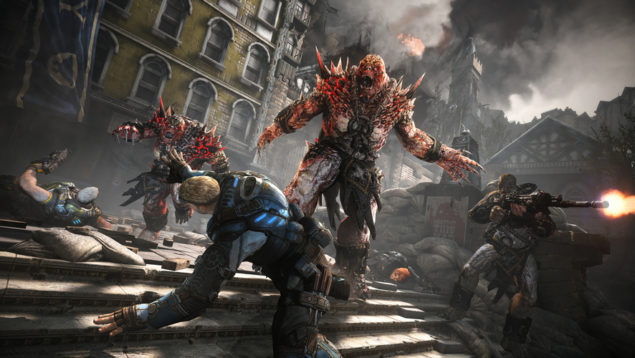 Just like the recently released Xbox One version of Gears of War: Ultimate Edition, Gears of War 4 will be making use of different framerates for the game's campaign and multiplayer mode. A few months ago, Fergusson already stated that the wanted the upcoming Gears 4 to be a "graphical showcase" for the Xbox One, just like the original Gears was for the Xbox 360.

This goal seems to be the reason that the Gears 4 campaign will be running at 30FPS on Xbox One. In the IGN Podcast, Fergusson explained the reasoning behind locking the framerate at 30FPS, while the multiplayer mode is running at 60FPS.

According to Fergusson, when you look at the game's framerate, there is a number of elements that need to be taken into account.

"It's a notion of wanting to make, to push, the visuals as hard as possible in the campaign, and there are also other aspects. When you look at your framerate, there are of the number of elements that go into it, part of it is rendered", Fergusson said.

While there are GPU constraints, the CPU of the Xbox One also has to be considered.

"There is a GPU-side, but there is also a CPU side", Fergusson continued, "and the number of monsters you want on screen, the number of AI that is running is going to eat up your CPU, and is going to slow you down".

Since the multiplayer mode in Gears 4 doesn't have AI dependencies, it's easier for the studio to run the game at 60FPS in Multiplayer. "And you can make multiplayer feel a bit cleaner, in terms of not having the same object density, and you can kind of scale something of that stuff back".

For The Coalition the most important thing in the game's campaign, has always been to "blow people's minds visually". For the multi-player mode, responsiveness  "is the most important", hence the framerate of 60 frames per second.

How do you feel about the Gears 4 campaign mode running at 30FPS in 1080P? Would you rather have played it at a higher framerate but with less visual fidelity?