For bit of a time, iOS has supported third-party keyboards. One of the most popular of them all is Google's Gboard. The company has released the latest update for its Gboard for iOS which brings Google Maps and YouTube to the table. The integration of these two platforms will bring ease of access in sharing information with your contacts. So let's dive in to see some more details on the update and how you can make use of the feature.

The new update bumps up the version to 1.8.0 and incorporated within are Google's two of the biggest platforms. With Maps and Youtube integrated into the Gboard for iOS, you can simply tap on the G button and add a Google Maps link into your conversation. This will save you a lot of time. Moreover, the effort required to switch between apps and then copy pasting links is a hectic task. Henceforth, the addition of Google Maps in Gboard for iOS is definitely a welcome change.

In addition to this, Gboard for iOS also adds YouTube to the mix of features that the keyboard has added to date. This addition will mainly allow you to share videos with your friends or family. Same as before, the feature will save you a lot of trouble compared  to what you would normally do if you want to share a YouTube video link with your contacts. Basically the point is to provide users with the ease of access without the need to leave the app. 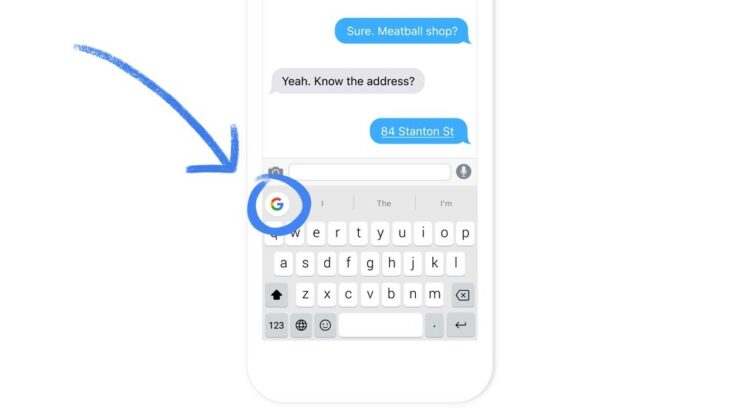 There's another feature part of the Gboard for iOS as well called ''Ink''. Ink will allow users to move the phone into landscape mode and then draw for input. There's definitely nothing new in this feature as the stock iOS keyboard has had this feature for a long time. However, users could not access it if they had Gboard installed already. So the addition does play a vital role.

This  is yet again another gigantic update for Gboard for iOS that adds major forward-facing features. Moreover, these features are iOS exclusive at this point. The Android version of the features will be released sometime in the near future, so do stay tuned in for that. We will let you guys know as soon as we hear more details on it.