Gas Guzzlers Extreme to Crash on a Console Near You 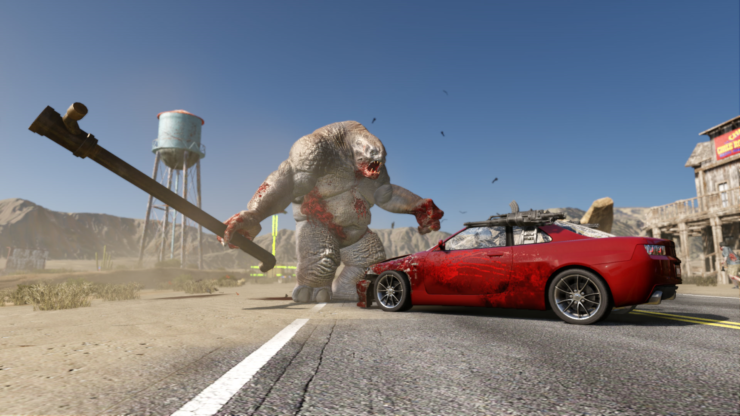 Originally released in 2013 for the PC (and currently 80% off on Steam), Gas Guzzlers Extreme has been a well received and popular game. So knowing that it isn't new it was a surprise to see it at EGX. Having done well enough to justify two pieces of DLC that expanded on the original game, Developers Gamepires and publishers Iceberg Interactive are now bringing it to the Xbox One.

The console version of the game will be the complete edition, equivalent to the gold pack linked above. Included is the original game, as well as the Full Metal Frenzy and Full Metal Zombie DLCs. Combined, the game offers 12 game modes that take place across 42 tracks in multiple environments. To add to this variety are 21 vehicles, each with upgrades and customization options and a variety of weapons to take into battle. 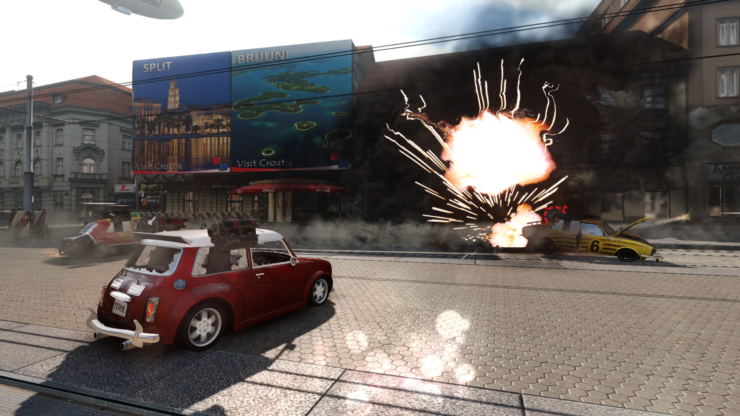 Having played the Xbox One version at EGX I was happy to find that it runs perfectly. It feels identical to playing it on the PC with an Xbox controller. Gas Guzzlers Extreme always had controller support and, as previously mentioned, it is a three year old game. Considering this, having it run smoothly on the Xbox One wouldn't have had too many doubts behind it. The arcade style gameplay on offer, reminiscent to that of Twisted Metal, is also ideal for consoles.

Where bumps have been hit are in other factors. Gas Guzzlers Extreme has passed Microsoft certification, so we will be seeing it on an Xbox One soon. Bumps have been hit with the ratings, it getting an 18 rating from PEGI. This could no doubt impact the possibilities of a retail release, something that is being considered. Conversations I had with Mayke Griffioen and Saskia Schoonebeek, of Iceberg Ineractive, has indicated that a PS4 release is likely if the Xbox One release is well received. A news piece from last month indicated a late Q2 2017 release next year for a PS4 release.

A livestream of the console version in action can be found over at Iceberg's YouTube channel, or shown below.

No release date is set for now, but expectations are for it to release this year on Xbox Live. The targeted price is £19.99, $29.99 in the US, and that will be for the complete collection. You can also buy the gold pack on Steam right now, as linked in the first paragraph, for £5.39. Either way, it's a fun and easy to play game that's at least worth you having a look.