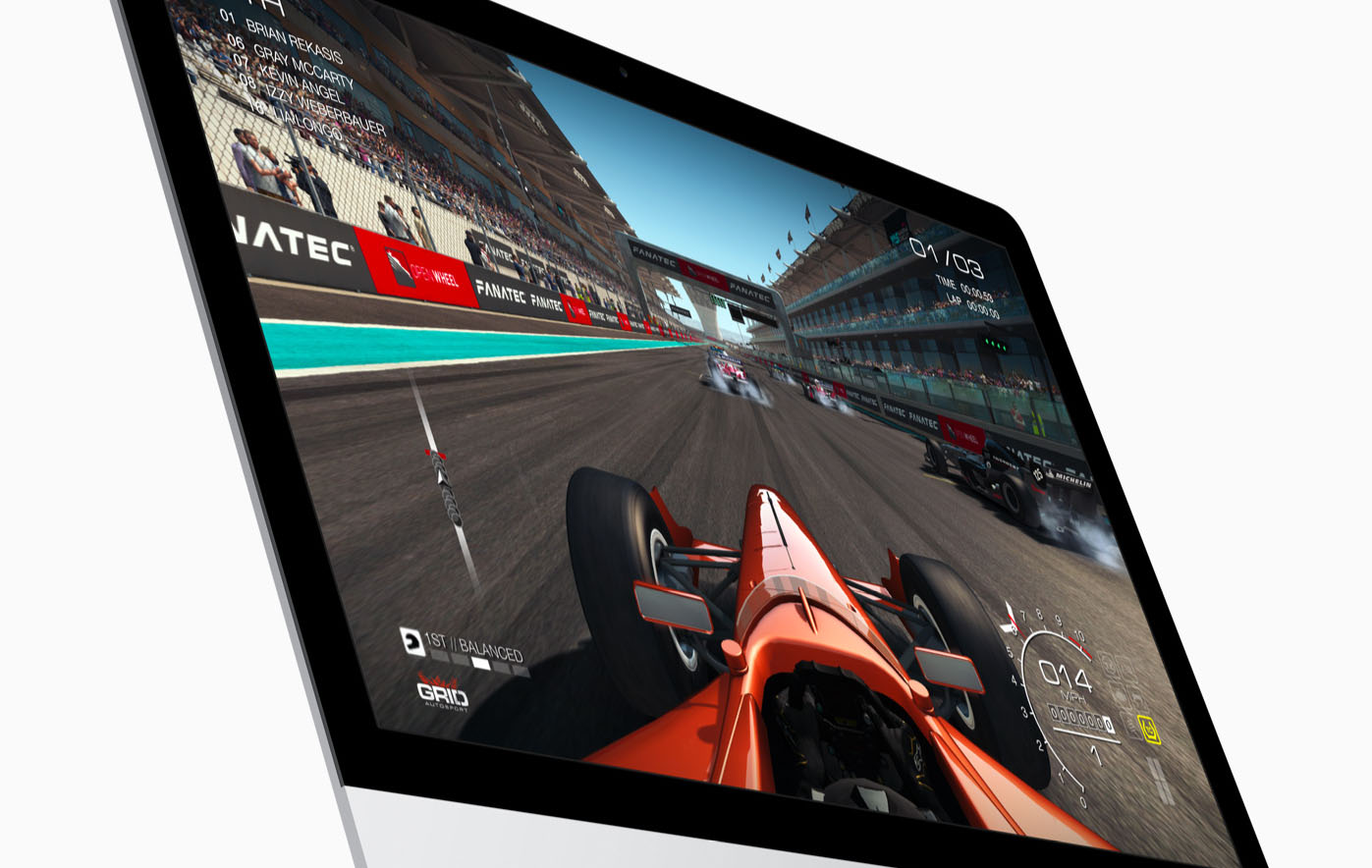 An iMac and gaming do not really mix together but Apple is looking to change that perspective when it officially launches its macOS High Sierra update that is going to be running on several thousand machines later this year. That being said while running the current OS update, how well can a fully loaded 27-inch 5K iMac perform when running games? Let us find out.

First, let us detail the hardware running in this slim, but a very powerful machine. The fully loaded 27-inch iMac features the following specifications:

Popular tech YouTuber Dave Lee states that since both the CPU and RAM are upgradable on the 21.5-inch and 27-inch iMac, he decided to perform the upgrades on this own and bumped up the total RAM to 64GB. He states that he did this because Apple charges an insane amount of premium for RAM upgrades and the total cost came up to $5,300, which is completely ridiculous for a machine like this.

This model also features the 2TB PCIe NVMe SSD, which will make the iMac extremely responsive and load games faster but let us see how the processor and GPU combo perform in the latest games. Before we begin, we’d like to point out that the YouTuber states that while running Windows, the iMac was effortlessly able to detect the external GPU solutions via Thunderbolt 3 ports, but there are still some hiccups being experienced in macOS, which he feels are going to be addressed when the new macOS High Sierra is released later this year.

Performance according to him was not bad at all, and to give you a glimpse of how the machine can run games while getting the best hardware possible in a product this thin, the results have been given below.

Heroes of the Storm (Ultra settings and playing at 1440p)

While running Windows Bootcamp, the 27-inch iMac performs noticeably better, with the results given below (all graphics settings are running at their maximum values with the resolution set at 1440p):

Naturally, we will have to see the level of improvements made when macOS High Sierra rolls out, so stay tuned for more results in the future.

We agree that the 27-inch iMac is crazy expensive, but it can clearly be seen that Apple is sticking to professionals while also catering to the needs of some casual gamers, if those casual gamers have the cash to pay for it.