The dreaded Red Ring of Death is one of the most well known legends of console culture. The three quadrant indicator or RRoD as it's more affectionately called was the Xbox 360's way of letting users know of a hardware malfunction, usually irreparable. However, if new reports are to be believed, then GameStop found a way to repair the RRoD and sell the consoles as refurbished. The worst part is, the fix was most probably non-permanent and could have contributed a lot to the high failure rate of the Xbox 360, assuming the report is accurate. 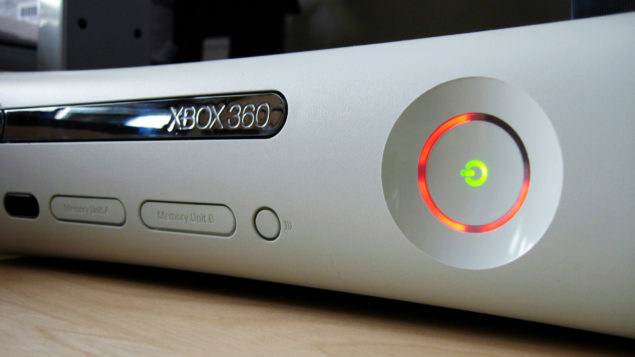 A photo showing the familiar quadrant configuration of the Red Ring of Death. @unknown

According to a report published by the Business Week, GameStop figured out a way to fix the read ring of death back in 2009 and made a homebrew machine to mass produce the fix. One of the most common reasons for the red ring of death was a connection being broken between the motherboard and the processor. A common fix (that most of you will remember) was one that required a towel - a crude attempt to bake the solder again and reset it, hopefully reconnecting the circuit; which might or might not work. The exact procedure involved wrapping the console in a towel, letting it run for 20 minutes, then letting it cool for another 20 minutes, after which the console will hopefully run.

Since this isn't something completely reliable, back in 2009, GameStop apparently devised a method in which the top part of the console was heated and the lower part was cooled allowing the solder to reset more precisely. This was done using an in-house machine that was operated by a Gamestop employee. The result was that Gamestop was able to turn scrap consoles into refurbished pieces with an absolutely huge profit margin. While I am sure it was more reliable than the towel fix, the fact remains, that even this was temporary and with the correct ambient conditions, bump or plain aging, the Xbox would revert to its critical failure state.

A recent survey estimated that around ~50% of Xbox Users have experienced a hardware malfunction of some sort and statistically speaking that is a very high number. The next obvious question is just how much of this 50% was the result of retailers such as GameStop reselling broken consoles with temporary fixes and how much, genuine failure. It would be interesting to see how the retailer responds to this new revelation. GameStop has been facing financial difficulties and has spent these past few years trying to stay relevant.

Move over red ring, red dot is the new error