To join Oculus in the modern run for virtual reality, Sony finally announced its long rumored PlayStation 4 exclusive virtual reality headset at Game Developers Conference 2014. Sony's Project Morpheus will be a rival to Oculus Rift VR headset. It looks like developers have started to take interest in Project Morpheus because the first game for it has already been announced.

Inspecting that virtual reality has become an inevitable and necessary part of future gaming, Sony decided to jump in and announced its very own virtual reality gaming headset known as Project Morpheus. Sony's virtual reality headset is currently being developed and explored exclusively for the company's own video game console, the PlayStation 4.

Renegade Kid, a video game development company best known for its games like Dementium: The ward on the DS, has announced that it will utilize the power of Project Morpheus VR headset while developing its popular Kickstarter game known as Cult County. Being developed for major gaming platforms, Cult County is a first-person survival horror game that was originally planned to be released on Nintendo 3DS. 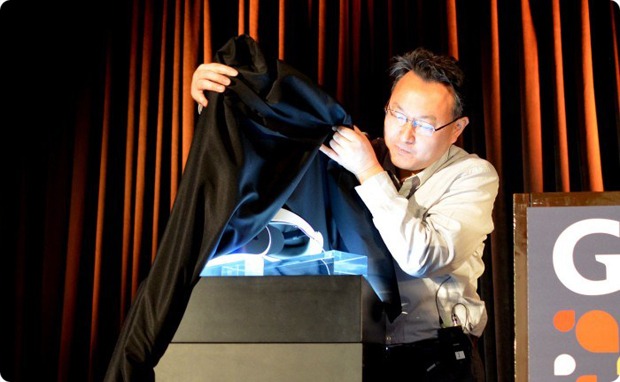 "Many of you may have heard of the new Morpheus VR headset from Sony for PS4. It is something that we are very excited about, and something we will be getting our hands on in the near future to utilize with Cult County. This device will offer a tremendous sense presence in the game – a perfect fit for a first-person survival horror title that is designed to scare your pants off!"

Shuhei Yoshida also officially confirmed the support of Project Morpheus VR headset for Cult County via his Twitter account. The Kickstarter for Cult County is still live and if you wan to contribute, visit here.