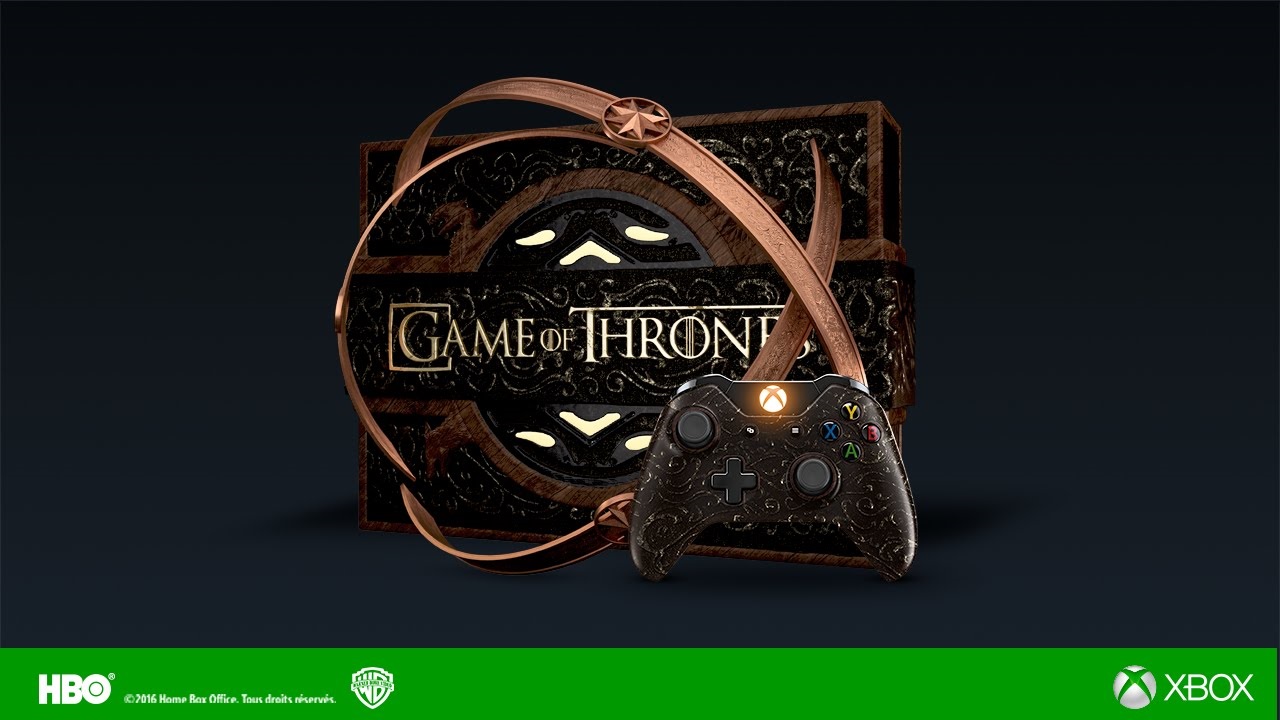 Everybody loves Game of Thrones, but it looks like Microsoft loves it more. Now that the phenomenal season of the fantasy drama television series is over, the American platform holder has decided to celebrate the occasion by giving its eighth generation game console a makeover. The new, very limited edition Game of Thrones Xbox One looks stately, but you would have to be extremely lucky to be able to get your hands on it, as it is not designed to empty the wallets of the fans.

You don’t really need a Game of Thrones Xbox One console, but Microsoft would like you to try your luck for one anyway. This limited-edition console, which commemorates the sixth season of one of the most popular shows in the run right now, is only for those who are willing to try their luck and play along the contests that Microsoft is currently running through Xbox France’s social media channels. It is unclear if this promotional contest is open to all or if there are location-based restrictions, but I’d say if you think you have got any luck, you better start retweeting already.

The console’s design is that of the Game of Thrones logo that is seen at the end of the TV show’s intro; three big old metal rings that spin around the logo have been placed at the top surface of the system, and the console itself bears the trademark. A lustered copper-colored finish and intricate detail work up the console’s kingship. The controller that comes with the console has also been stylized with the same Game of Thrones theme. You can check out the limited-edition Game of Thrones Xbox One in the promotional video below.