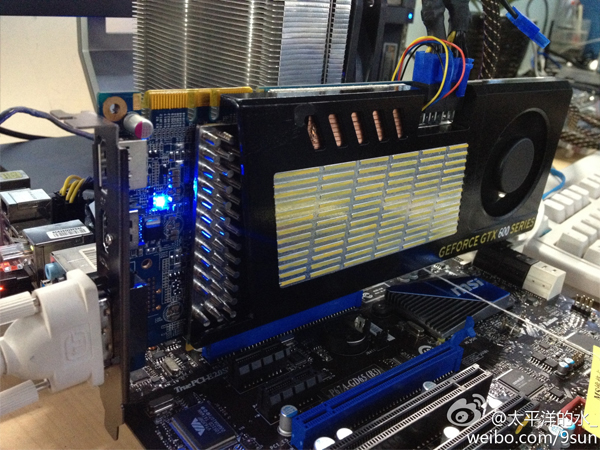 Earlier last month, We reported a single slot GeForce 600 Series graphics card in works by Galaxy. The graphic card has once again been spotted in action and from the design we can say that it is the GTX 670 Single slot variant from Galaxy.

As noted from the previously leaked GTX 670 designs from MSI and Colorful, the PCB of the card ends at the dual 6 Pin connectors which are located at the center of the cooler shroud. We can also see a small heatspreader over the components near the exhaust vent, the heatsink is covering the VRM power area as suggested in the leaked PCB shot.

Other specifications of the card include 4-Way SLI support, Display outputs include a single HDMI, DVI and Display Port. The cooler shroud covers a large length but Single slot design is a good addition to the card. The cooling design is pretty simple, a single 92mm fan provides fresh air to the interior components.