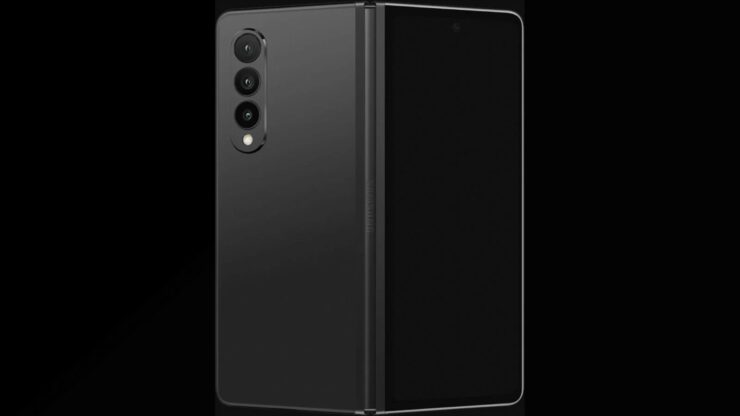 By now, we are already aware that Samsung will unveil the Galaxy Z Fold 3 along with other devices at the Galaxy Unpacked that will be hosted on 11th August, later this year. There is a plethora of available information on all the devices that are expected to be launched, so surprises are rare.

However, we have just gotten the official confirmation on the color options that are going to be available for the Galaxy Z Fold 3, and the leak is coming most unusually. The renowned skin manufacturer dbrand decided to upload a product listing for the skins; this confirms not only the design of the phone but also the three official colorways the phone will be available in.

Galaxy Z Fold 3 to be Available in Black, Green, and Silver at Launch

According to the official dbrand listing that you can check here. The phone will be available in black, green, and silver at launch. There is a chance that Samsung might release more colors in the future and a few special editions. At first, we thought that this listing is just a mistake, but the listing comes complete with dbrand's tongue-in-cheek copy, and this is what they have to say about the skins they have made for the Galaxy Z Fold 3.

The Galaxy Z Fold 3 is real - after all, Samsung didn't invest all of that money in folding displays to give up after two revisions. We invested basically nothing when developing Galaxy Z Fold 3 skins, but that won't stop us from selling them to every future owner of a Z Fold 3. How else would literally dozens of people protect their overpriced gimmick device from scratches and fingerprints, if not for dbrand's Galaxy Z Fold 3 wraps? They couldn't, that's how. These are people with a lot of money that they're willing to spend frivolously. In other words, our target demographic. In exchange for their carelessly-spent cash, they'll receive a Galaxy Z Fold 3 skin made from the same premium, durable, true-textured 3M vinyl that we're known for. We'll draw the line in the sand for you: any Galaxy Z Fold 3 wrap that doesn't use 3M vinyl isn't worth your time. It's going to be flimsy and cheap-feeling. dbrand's Galaxy Z Fold 3 skins? Nothing but quality - from the premium texture down to the adhesive. Not only is it strong enough to ensure that your Galaxy Z Fold 3 skin isn't going anywhere until you want it to, our adhesive is also guaranteed to leave zero gooey residue behind when you swap out your Z Fold 3 wrap for a new one.

You can look at all the colors below.

Let us know what you think about the devices that Samsung is planning on launching. Honestly, at this point, there is no point in blaming dbrand. We all know how the phones look and what they are going to bring to the table. It is just nice to have an official insight of what the official colors are going to be like.