Galaxy is designing a Geforce GTX 480 which will partner itself with another GPU dedicated as a PPU (Physics Processing Unit). EVGA was the first to come up with such GPU coupling a GTX 275 as the main GPU with A GTS 250 as dedicated PhysX GPU on the same board. The Co op GPU from Galaxy will have A GTX 480 with a GT 240 GPU dedicated for PhysX. 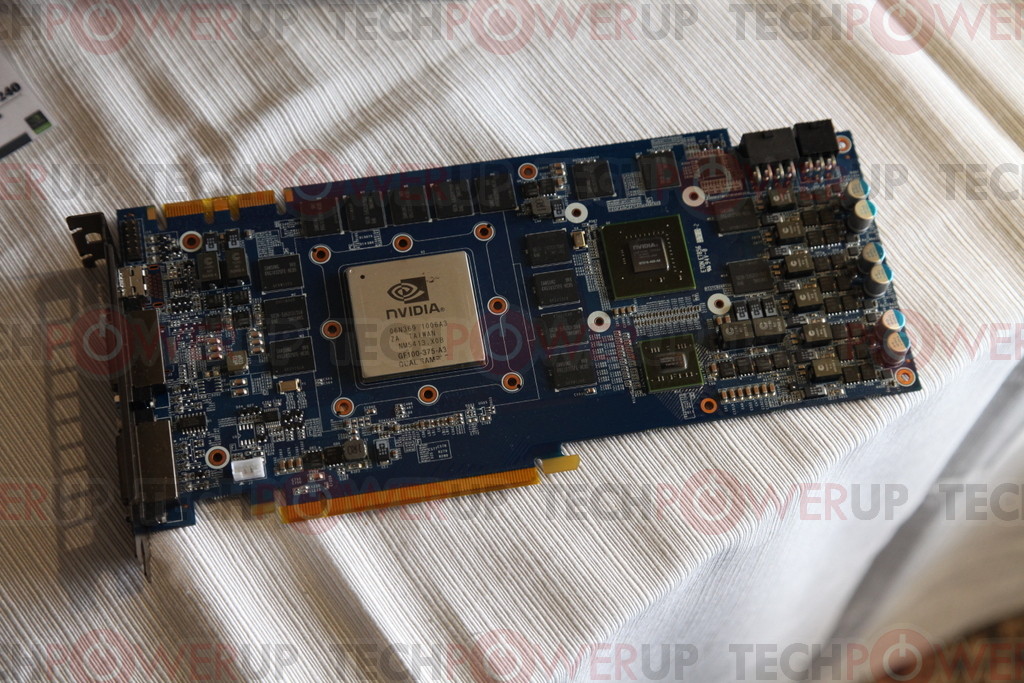 The card will be Direct x 11 compatible with GTX 480 having the reference features and specs such as a 1536 Mb of GDDR5 memory across a 384-bit wide memory bandwidth while the GT 240 will have its own 512 mb of GDDR5 memory across a 128 bit wide interface. Both GPU’s will have PCI-e x16 2.0 bandwidth and will share the system bus over an Nvidia Nforce 200 Bridge chip. The card will pack 480 Cuda cores and will have all the features as PhysX, Cuda, Direct Compute, Directx 11 and 3D vision Surround. Since it is independent from the GT 240, the GTX 480 can pair with three more of its kind for 4-way SLI, without affecting the functionality of the GT 240 in any way. 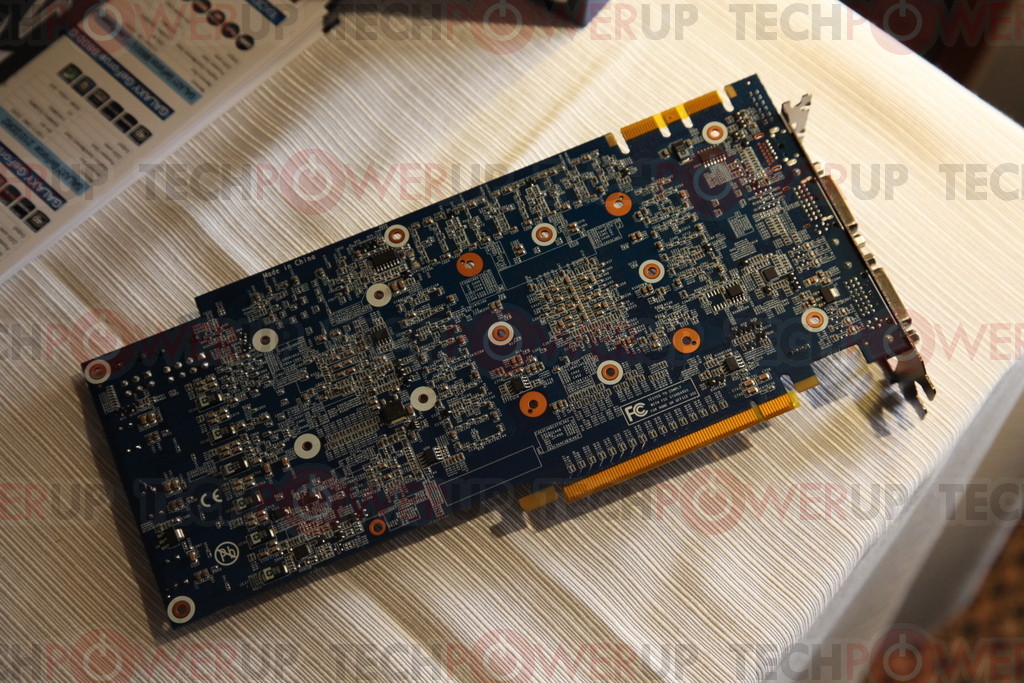 While GT 240 on the other hand will have 96 Cuda cores and it is Direct Compute 4.1 compliant. The small GPU has enough power to handle Physx by itself even after offloading PhysX processing from the GTX 480. The GTX 480 component seems to be powered by a 6+2 phase digital PWM circuit, while the GT 240 uses a simpler 2+1 phase PWM circuit and the power connectors include one 8pin and one 6 pin connector. 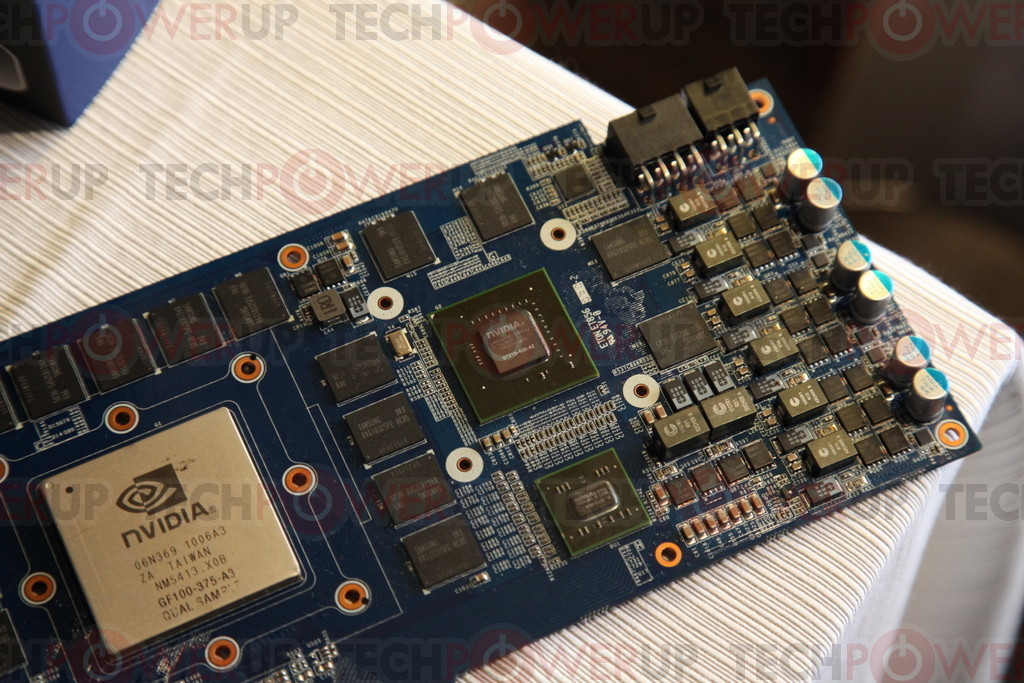