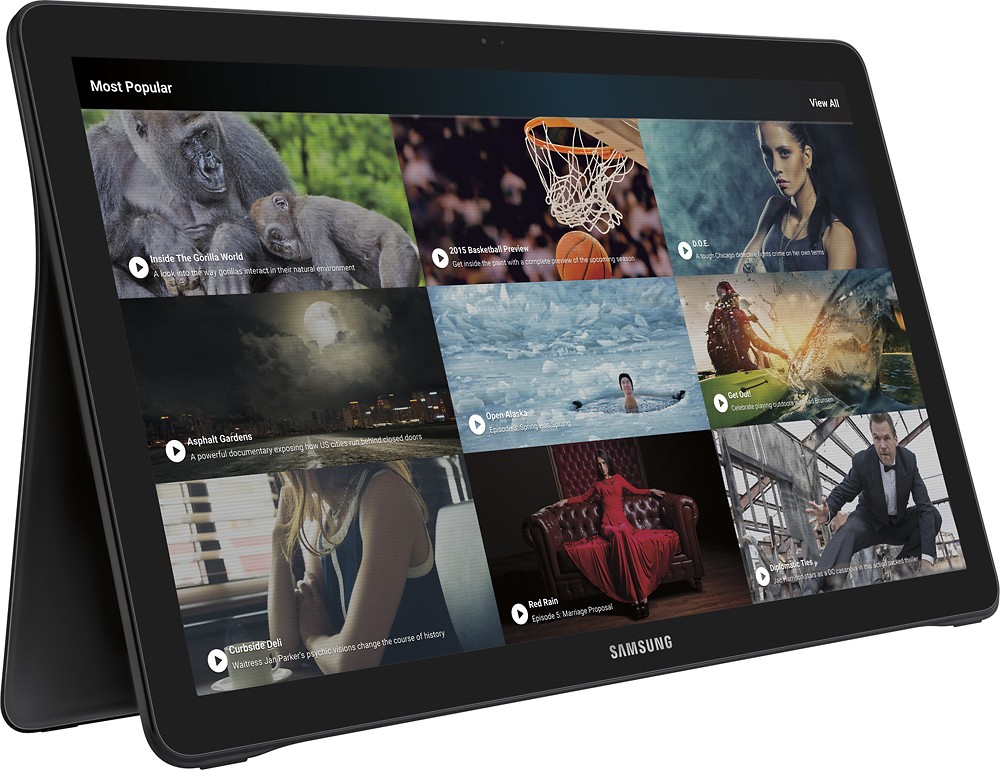 Galaxy View was Samsung’s way of showing that a monumental tablet running Android is definitely a possibility, although the lack of I/O ports pretty much means that you’ll be cut down when you’re looking for flexibility. However, you will be happy to know that if you desire an affordable slate with a kickstand to support it, then the tablet’s retail price has been reduced to $349.99.

Galaxy View Comes With an 18.4-Inch Tablet Coupled With a 1080p Display – Great Product, But Lack of Ports Will Discourage Most Consumers

Galaxy View is by far, one of the heaviest Android tablets that you’ll have to carry around, but luckily, there’s a handle situated right at the top which ultimately looks like you’re carrying your luggage. The specs sheet also reveal that Galaxy View is going to be incorporated with 2GB of RAM, which we might add, is far too less for a tablet that is going to be targeted to those who want to immerse in entertainment related activities or simply use the slate for work purposes. 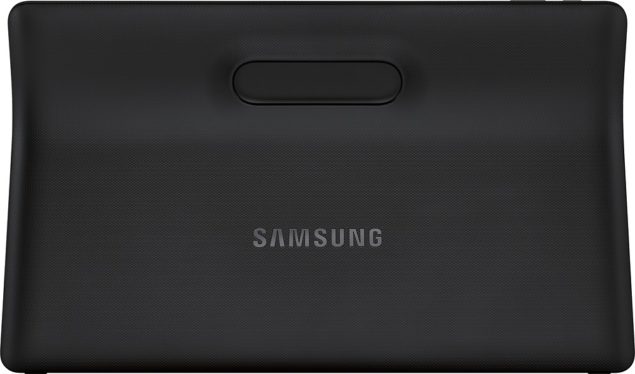 The rest of the hardware details include Samsung’s own developed Exynos 7580, which runs an octa-core Cortex-A53 processor at a speed of 1.6GHz. The GPU supplementing the performance of the processor is an ARM Mali-T720, which is much weaker than the better performing T760. While casual streaming and viewing content on the slate could definitely be worthwhile, we are not sure if it was meant to do anything else. 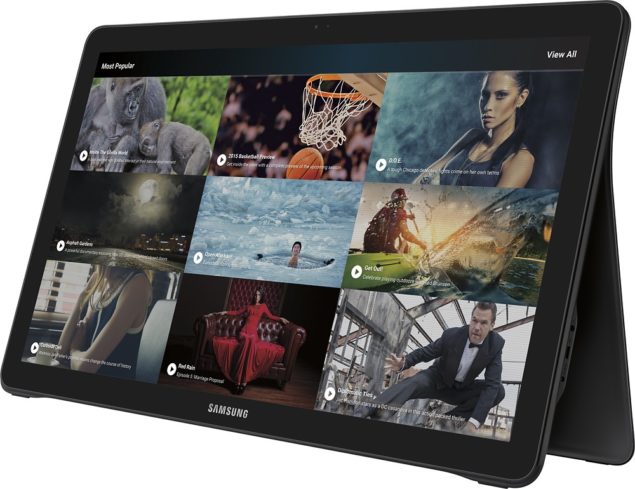 Thanks to its large screen size, there’s also a 5,700mAh battery inside the housing, suggesting that the tablet will be able to deliver sufficient amounts of battery life. Furthermore, there’s 32GB of internal memory present, which can be expanded thanks to the presence of a MicroSD card slot. If Samsung had remotely incorporated better hardware, then the tablet could have been used for a variety of purposes. Also, we have yet to see additional ports on Android tablets in the same orientation on notebooks, but with the arrival of the Type-C USB interface, we are hoping that’s going to change for the better. 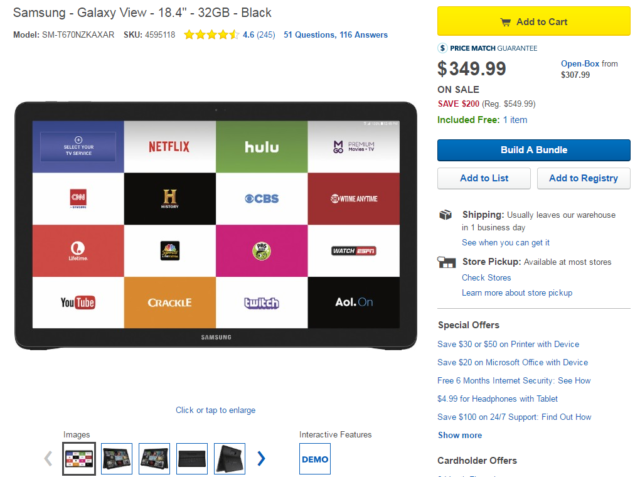 If you’re interested in the deal that Best Buy has presented towards you, then you can proceed to purchase it right away.