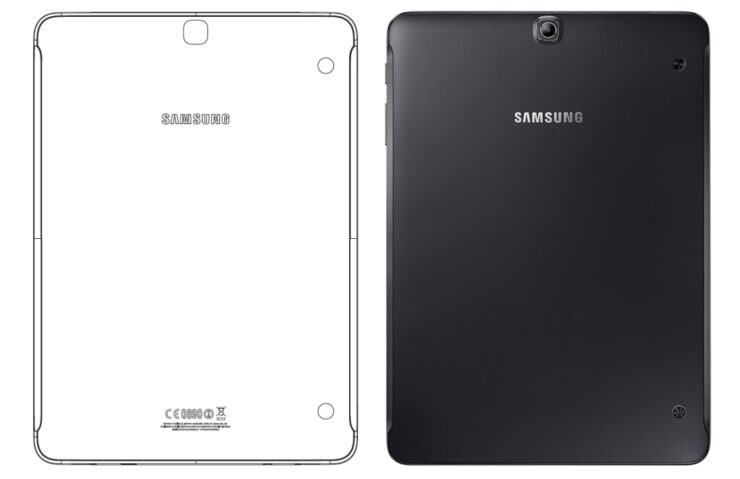 When a press image of the Galaxy Tab S3 was leaked earlier, it displays a high-quality keyboard, meaning that consumers who end up buying it might not feel so bad about spending a premium to get a neat little notebook substitute. Now more press images of the upcoming Tab S3 have been leaked and while you can see the S Pen accessory, it also looks like Samsung is going to be targeting audiophiles with this slate.

Audio Being Delivered by AKG Acoustics on the Upcoming Galaxy Tab S3, According to These Press Renders

Taking a look at all three images, the Galaxy Tab S3 looks to be wrapped in a metal and glass finish, which is an approach that the manufacturer has taken its premium smartphone lineup. What this could mean is that not only will the tablet perform well, but it could look the part as well. The metal and glass finish will definitely upgrade the Galaxy Tab S3’s aesthetics but at the same time, this finish is going to be extremely brittle, if not taken care of properly.

One thing that you guys probably did not notice was the small engraving at the rear bottom of the tablet reported by TechnoBuffalo. It states ‘Tuned by AKG’. Yesterday both Samsung’s upcoming flagships’ specifications also listed that their earphones will be tuned by the same company, meaning that we can expect stellar audio quality from the tablet, transforming the product into a complete package where you get horsepower, aesthetics, flexibility and sound quality at the same time.

However, you could be paying a lot for the Android-running tablet. It has been rumored that Galaxy Tab S3 is going to be retailing for $599, which will come with an S Pen accessory, but you might have to purchase the keyboard dock separately. That could easily set you back by $700 for the entire notebook substitute, but if you want something light, portable, will stay powered on for hours and if you do not mind complementing your desk with a premium tablet that can be used for both work and play, this product will definitely be for you.