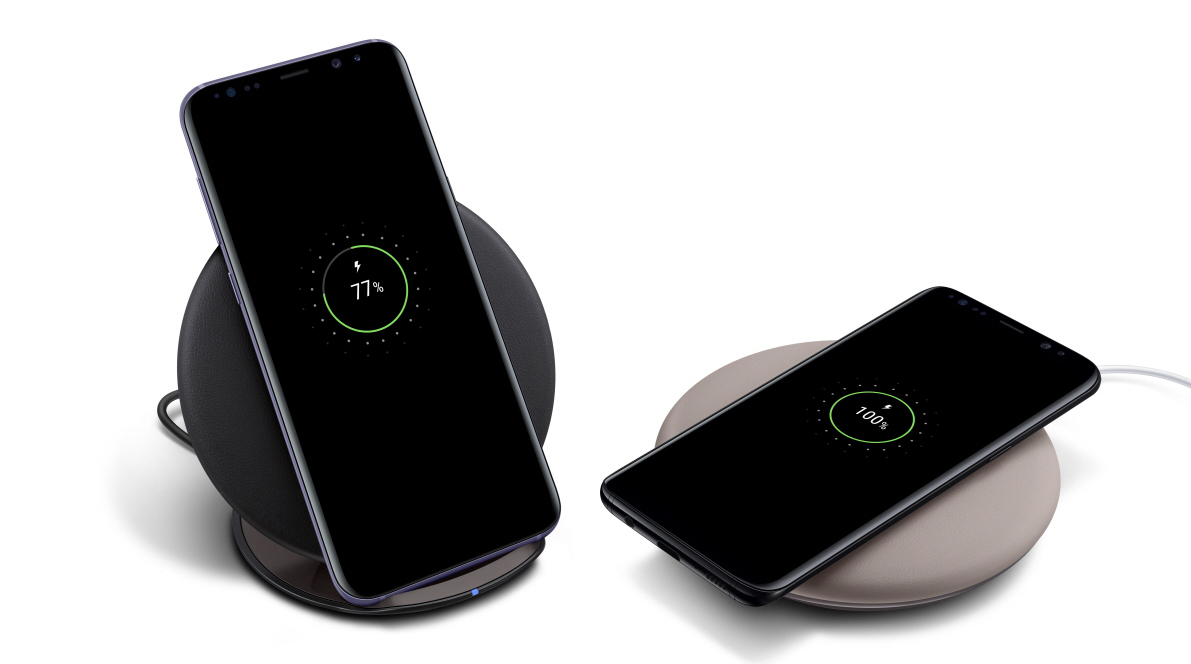 Incorporating wireless charging in its phones is perhaps one of the most convenient things that Samsung has pulled off. With the Galaxy S9 and Galaxy S9+, things are not going to be any different, and we are also lucky to report that both of these phones might not get rid of the headphone jack as well. During the official unveiling, Samsung has been rumored to release a new wireless charger, but how is this going to be any different than the ones we’ve been using and grown accustomed to?

To remind you, Apple AirPower charger is yet to be officially released, but it can charge your iPhone, Apple Watch, and AirPods at the same time thanks to its increased surface area. The upcoming wireless charger from Samsung will satisfy the same Qi standard, but it could be a more powerful version.

See, nothing can beat charging from a power brick and thanks to the latest fast-charging technologies introduced in these adapters and power bricks, users will plug into them if they are short on time and need a charge for a couple of hours.

The wireless charger bit has been added thanks to the level of flexibility it brings to the table. If Samsung’s new and improved wireless charger can increase in surface area and also up the power it can deliver, it will be a godsend for users that want to charge multiple devices at the same time.

Samsung has also been rumored to introduce a new DeX Pad, which will bring a different form of functionality as opposed to the DeX Station. At this time, there is very little information to go about regarding both these devices, but Apple and Samsung have been racing against one another, trying to introduce much better versions of their predecessors and the same thing can also be said for their accessories.

Would you guys want to see an Apple AirPower competitor announced alongside the Galaxy S9? Tell us down in the comments.