t has been a while since we heard anything remotely related to the Galaxy S8 active. After all, when you have marvels such as the Galaxy S8 or the Galaxy S8+ globally storming the markets, there is very little that you can make time for right? However, a new leak reveals that Samsung might be working on a Galaxy S8 active, but it is going to be slightly different than the original phone that was released earlier this year. While we will still get to see the rugged and rubberized chassis on the phone, there are other intricate details that caught our eye.

Galaxy S8 active’s Appearance on GFXBench Reveals That It Has a 5.4-Inch Display Compared to the 5.8-Inch Panel of the Galaxy S8

On GFXBench, the Galaxy S8 active featuring the model name SM-G892A shows that the phone will have a display size of 5.4 inches. If the specifications bit hold up true when Samsung is gearing up to release the Galaxy S8 active, then we feel that it might be a good decision in the end. This is because the company might be forced to increase a small number of bezels in order to up the rugged exterior of the smartphone. 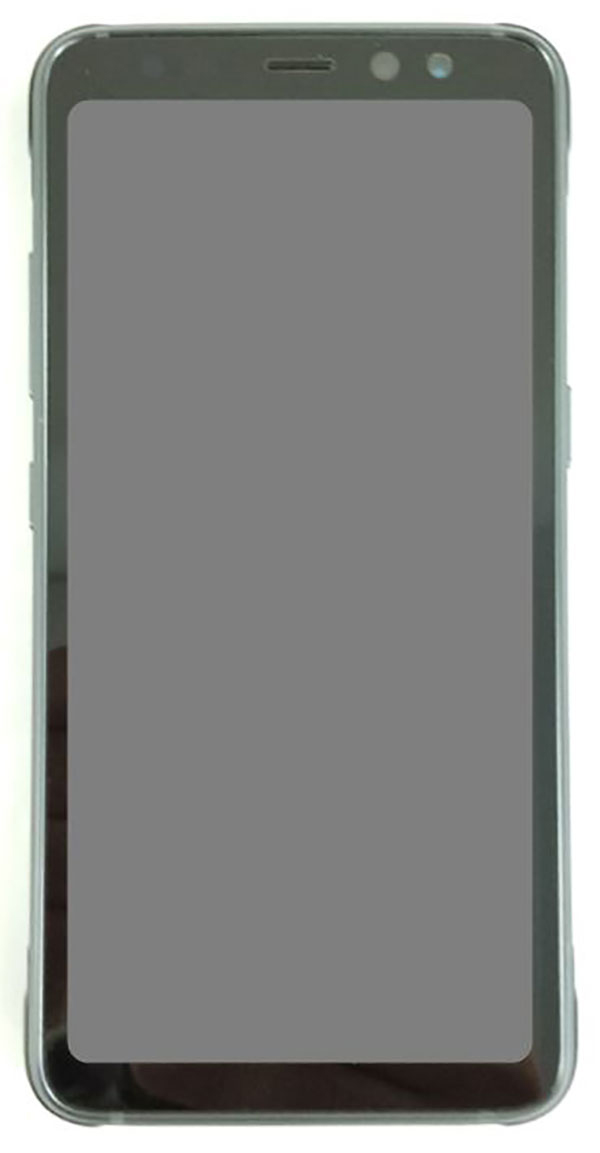 This will help to give the device more structural rigidity against the harsh environments, although it will still retain its IP68 water-resistance. What could change is the switch from Gorilla Glass 5 to a plastic display. The plastic layers on a smartphone might scratch easily, but they will easily hold up against drops from extended heights. However, the idea of potentially getting your plastic display scratched also calls upon the user to adhere a tempered glass screen protector to the handset, if Samsung ever intends to release the phone in the future. 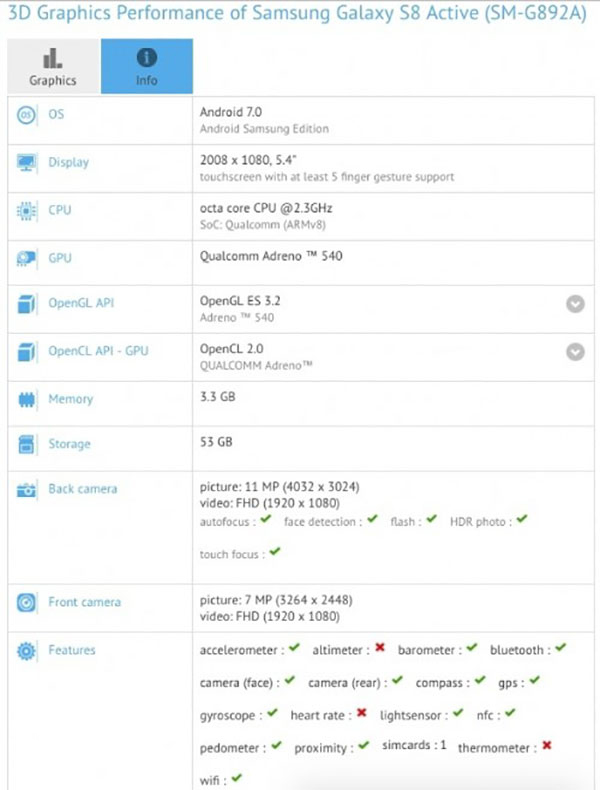 Since this device is going to be released exclusively in the U.S., it is not surprising that it will tout a Snapdragon 835 and 4GB RAM combination. 64GB of internal storage has also been detailed, and it is consistent to the storage that is present in both the Galaxy S8 and Galaxy S8+.

Would you purchase the Galaxy S8 active if it arrives in the U.S.? Tell us your thoughts down in the comments.