Just like its predecessor, Galaxy S7 Active is going to be exclusive to AT&T and before its imminent arrival, the hardware specifications of the rugged and durable handset have been revealed.

In many ways, Galaxy S7 Active will be superior to Galaxy S7 and Galaxy S7 edge in terms of survivability; its rugged chassis will be able to hold out against the elements. However, that does not diminish the list of features that the regular versions of Samsung’s flagship family have to deliver, since apart from featuring a larger battery capacity than its predecessors, not to mention a MicroSD card slot, Galaxy S7 outclasses its competition.

The battery capacity of the device is a whopping 4,000mAh, and is definitely going to be one of the strongest features of the device. In many ways, Galaxy S7 Active represents the best of what the original 5.1-inch smartphone has, and has been placed inside a much more durable chassis. Galaxy S6 was criticized by reviewers for featuring a very small cell, but its Active variant made up for those limitations by sporting a large battery capacity. As far as the dimensions go, Galaxy S7 Active has a thickness of 9.9 millimeters; a whole millimeter thicker than the 8.6-millimeter Galaxy S6 Active. 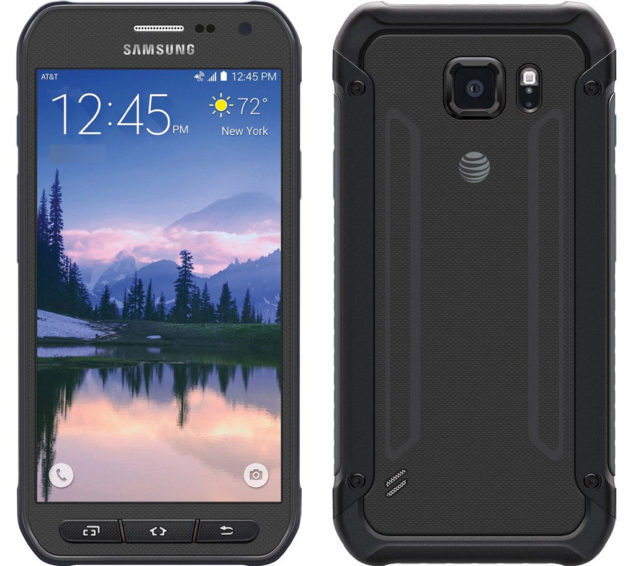 The handset also weighs 185 grams, but it should not make any difference to your experience when you decide to purchase this device as your daily driver. 4GB of LPDDR4 RAM can be found underneath the hood, along with the same 12MP shooter that is present on both the regular and edge variant of the company’s flagship lineup.

The rear camera sensor also has an aperture of F/1.7. This goes beyond the capabilities of Galaxy Note 5, which features an aperture of F/1.9, showcasing that Galaxy S7 will perform very well in low-light conditions. Despite the fact that the number of megapixels have been decreased, it will actually be advantageous in low-light environments because more light per pixel will effortlessly be able to enter the sensor, resulting in an accurate and pleasing image, even in locations where there are limited sources of light.

After hearing about the specifications leak of Galaxy S7 Active, do you feel that you’re ready to make a switch to AT&T as a carrier? Let us know your thoughts right away.

Galaxy S7 Active Carries A Price Of $794.99 But There Are Ways To Get It Cheaply Too