Samsung's Galaxy S6 Edge is a one of a kind device on its own, in several aspects. Apart from coming with the industry first 14nm Exynos 7420 processor, homemade at Samsung, the device also features an Edged screen, the first of its kind in the smartphone world. Despite being a company that's often criticized for a general lack of creativity in its gadgets, the Galaxy S6 Edge falls short in a very few aspects when compared to the rest of the pack. So a look under the hood of the Galaxy S6 Edge is a must for any Samsung - or a smartphone fan, and that's exactly what we have for you today. 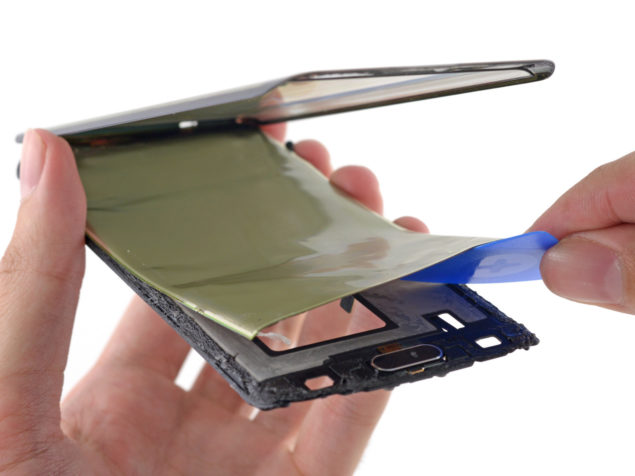 Samsung's internal components that the Galaxy S6 Edge comes equipped with paint an interesting picture indeed. As always, when it comes to teardowns, we heavily rely on iFixit who haven't taken much time in taking the latest dual-curved smartphone apart and helping us to take a peek inside. The images show a neatly designed device where the components are packed with quite a precision and well, tightness. This will certainly make it a difficult task to remove the components.

iFixit gives the final verdict that the beautifully created device may not be as beautiful on its insides making the fixing quite a difficult task for users. As far as the individual major components are concerned, battery itself will prove to be quite a chore to remove as its glued to the shell. Considering the metal and glass of the display and frame, it would take a technician's skills to separate the glass from the body.

This and many other similarly placed inner components help Samsung Galaxy S6 edge get a meager 3 out of 10 score. Uh oh, this is going to be one difficult device to handle.