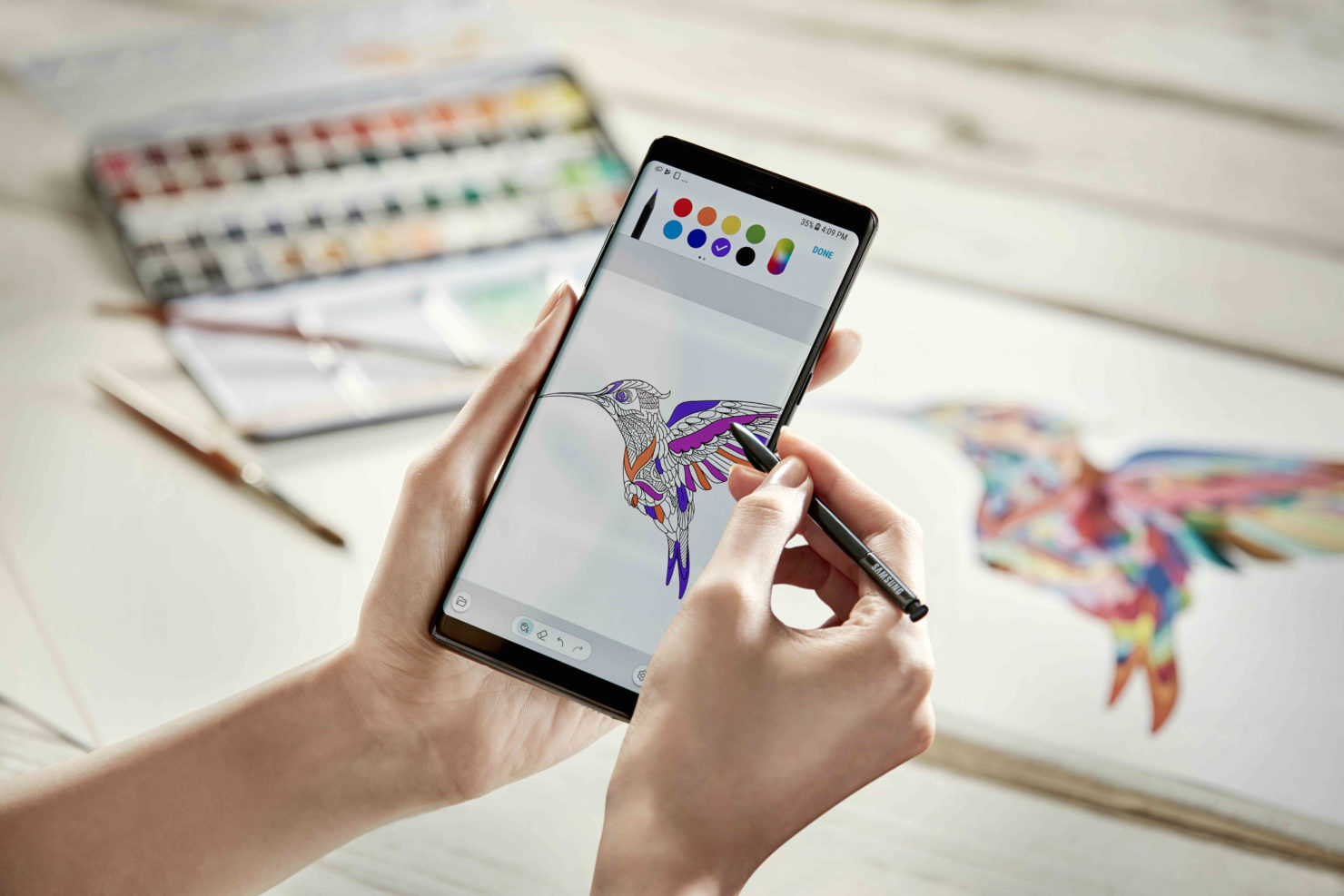 The S Pen that comes with the Samsung Galaxy Note series really sets it apart and is a terrific tool for users that want to get more features out of their smartphone, as well as tackle a lot of productivity limitations. It is not merely a stylus but is expected to offer some unique features that are only available for the Galaxy Note 9. A well-known tipster has shared some good news on Twitter, signifying that while the design of the Galaxy Note 9 and Galaxy Note 8 is going to be similar, this exclusive feature will be worth waiting for.

Earlier this year, it was rumored that the S Pen may support Bluetooth connectivity which may, or may not give the accessory the option to act as a wireless speaker, assuming Samsung incorporates such a feature. If this goes through, this will require more energy which means that this year’s S Pen might be thicker than the previous generations and might need its own dedicated battery.

It might also be possible that Samsung will integrate a Bluetooth, a microphone, and a speaker in the S Pen so that it could be used to make phone calls. However, this wouldn’t be a standalone telephonic device and it will have to be near the Galaxy Note 9 to be able to do this.

Do you often use SPen for Galaxy Note? The Note9 SPen feature is worth the wait.

It was also alleged that this year users, will be able to write on a piece of paper using this accessory. As the S Pen doesn’t have any ink, the written words will only be readable on the display of the Galaxy Not 9. Let us hope that some of these things actually materialize.

The Galaxy Note 9 is expected to be unveiled by Samsung on August 9. The S Pen could be one of the main highlights of the upcoming flagship and we expect the Korean giant to talk about this in great length during the official announcement. Some rumors have suggested that the Galaxy Note 9 will be similar to the Galaxy Note 8, with just a little design change and the expected specs upgrade, but nothing too drastic.