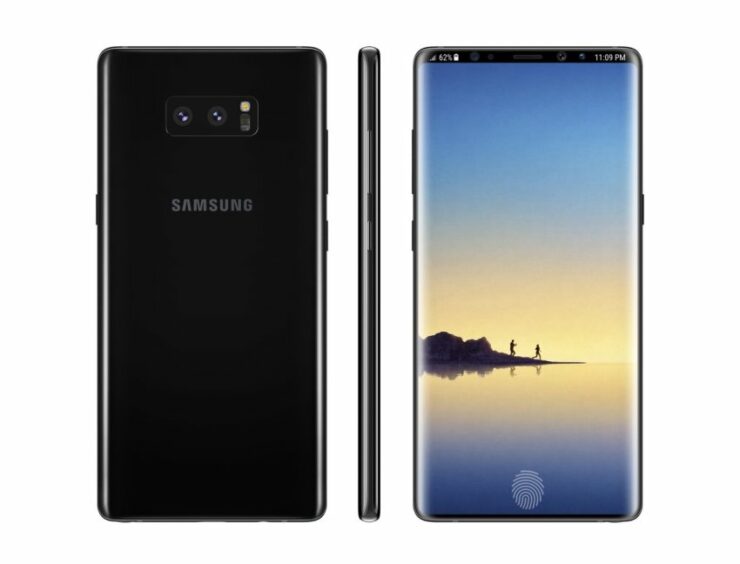 Galaxy Note 9 might finally get the one feature that we’ve been dying to see on smartphones ever since the trend of the bezel-less phone started back in 2016. While other manufacturers will start to rely on Face ID-like technology, an optical fingerprint sensor is expected to be present on the upcoming 2018 flagship.

Though Samsung’s flagship phones feature facial recognition, it will not be as effective as Apple’s Face ID, as told by a renowned analyst that notes the tech giant has a 2.5-year lead against the Android competition. Still, it does not look like Samsung will be looking to integrate tech that is similar to Face ID and will look to improve the way people unlock their devices with their fingerprints.

Samsung’s Korean companies BeyondEyes and the Samsung subsidiary Samsung LSI have already shipped part samples to Samsung, according to Business Insider and they might be the favorite to get a supply contract from the smartphone manufacturer. Egis has also been reported to be a part of this trade, so let us see what sort of development takes place in the future.

Having an optical fingerprint reader will allow the flagship to maintain a high screen-to-body ratio while giving millions of smartphone owners flexibility when unlocking their phones. Incorporating a rear-mounted fingerprint reader makes this unlocking process inconvenient, particularly due to how it is placed on the current Galaxy Note 8.

Other manufacturers might not be interested in using such a display since it still carries a high degree of manufacturing complications but it appears that Samsung is determined to get this tech working as quickly as possible.

Do you think Samsung will get an optical fingerprint sensor working in time when the Galaxy Note 9 has officially been announced? Tell us your thoughts down in the comments.