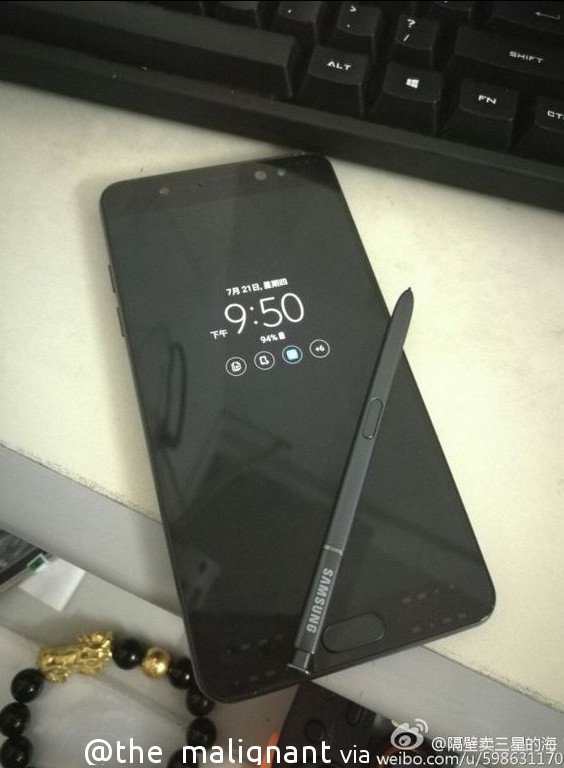 The Samsung Galaxy Note 7 will be unveiled on August 2nd. The phablet has been the feature of countless leaks over the past months. Three days remaining till the device's unveiling, we're seeing the last few leaks surface for the Note 7. Information about the its launch date and specifications has surfaced today. Lets take a look to see if anything changes three days before its launch.

Now, the launch date for the Note 7 is being rumored for August 19th. Courtesy of the rumor mill, we've got a good idea once again of what to expect. Some more recent leaks further cement these details. While Qualcomm recently launched the Snapdragon 821, alleged benchmarks for the Note 7 have pegged it with an 'Exynos 8893'. Therefore, we might get to see two different market oriented models this time. For the RAM, we're expecting 6GB of Samsung's 10nm DRAM.

Display for the Galaxy Note 7 will be 5.7 inch Super-AMOLED QHD. The battery will be in excess of 3000mAh, which shouldn't be a surprise. Today's leak also makes similar claims. Camera specifications are pegged at a 12MP rear and a 5MP front. For photography, the Note 7 shouldn't differ much from Samsung's Galaxy S7 and S7 Edge smartphones. Interestingly, latest information sounds confident about an Iris scanner as well. Looks like Samsung just might integrate this major upgrade in its 2016 phablet.

Your first 360 of the Galaxy Note7. Can barely call it a “leak” anymore at this point, eh? pic.twitter.com/wUWPc7yn29

If you're wondering what the Note 7 will be design wise, you can take a look at the device's first 360 render above. It's all that we've been expecting, with the Galaxy S lineup's strong design influence evident. The highly rumored Iris scanner can be clearly seen at the front as well. Apart from form, the Note 7 is also expected to come with a variety of color options this year. Renders have placed a strong emphasis on blue, so it's good to see Samsung trying to shake things up this year. The Korean manufacturer has after all managed to develop a rather mechanistic reputation.

As far as pricing goes, the Note 7 won't be easy on the pocket. While there's no concrete information right now, it will follow the Note 5 and other similar offerings. Things should boil down to the Iris scanner this year, if Samsung really does launch the feature. If not, then there will be other nice upgrades to entice users for upgrades. Thoughts? Let us know what you think in the comments section below and stay tuned for the latest.