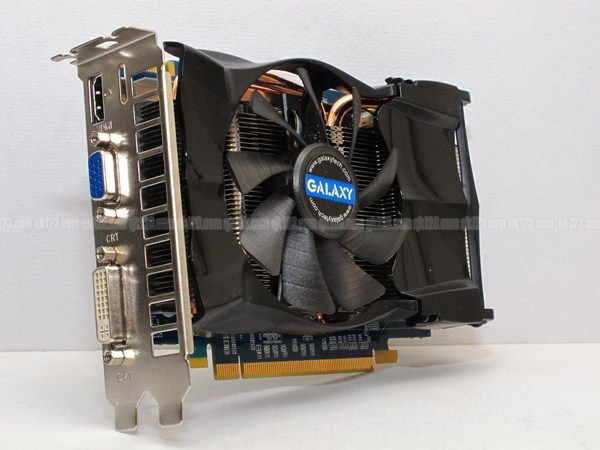 A Chinese website has acquired the latest Galaxy GeForce GTX560 SE Graphics card and tested it in various benchmarks. Last week, Nvidia announced that it was preparing a new Entry Level product called GeForce GTX560 SE (Special Edition) which would be a cut down version of the GTX560 GPU competing against the AMD Radeon HD7770. 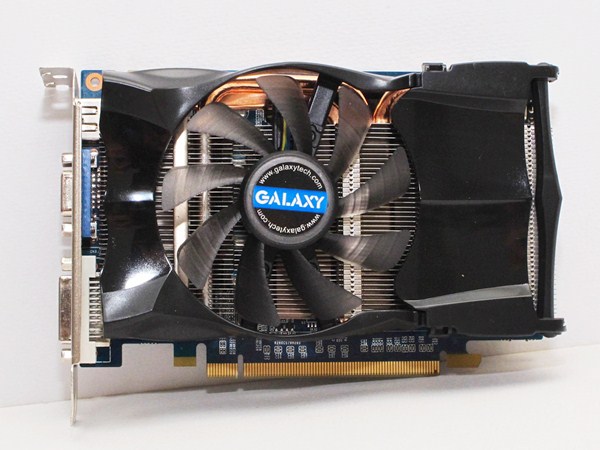 The reference design of the new product isn't known at the moment so we can assume that the Galaxy GeForce GTX560 SE is a Low profile model featuring a custom designed PCB, Its one of the smallest GTX560 we have seen yet. Following are the specs: 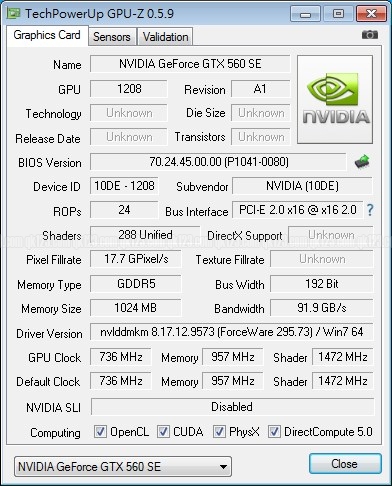 In our earlier post, we reported a stock core clock of 776 MHz, The Galaxy variant is clocked at 736Mhz which shows that it indeed is a low profile model. Moving forward we can see that the card incorporates a nice aluminum heatsink coupled with a few copper heatpipes cooled off by a large fan on top of the shroud. Display outputs include a DVI, VGA and HDMI port.

Even after being a cut off version, The 560SE still needs to be powered by two 6 Pin connectors and has a five phase power supply module which is cooled off by a separate heatspreader. 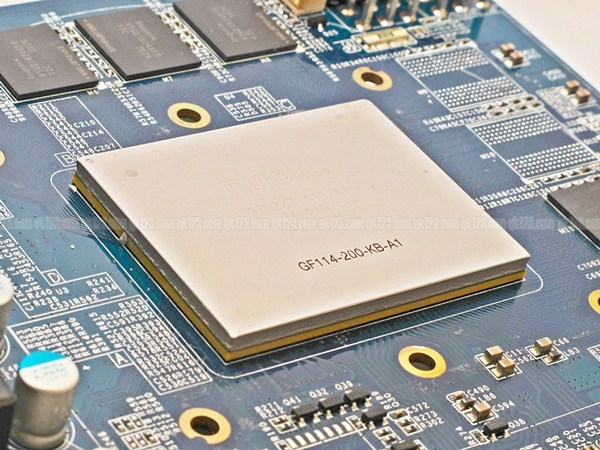 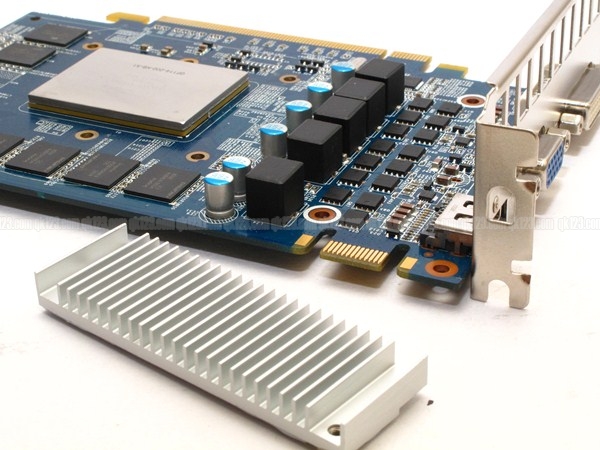 The Galaxy GeForce GTX560 SE could prove well in the sub $200 market with an expected retail price of $160. It has a great overclocking potential and performs slightly better than its 1Ghz clocked competitor HD7770.