Galaxy Tech has unveiled their latest GeForce GTX 780 Ti HOF which features a massive white colored PCB with a brute power design which takes overclocking to the next level. Such tremendous is the power of this card that the company managed to achieve the 3DMark world record in FireStrike Extreme with some insane clock speeds on LN2 cooling. 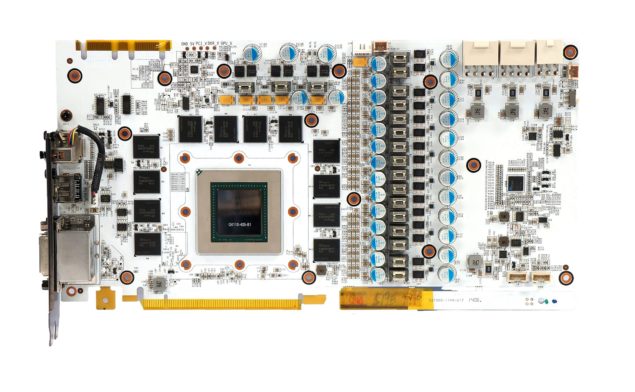 The Galaxy GeForce GTX 780 Ti HOF V20 “Hall of Fame” edition blows away the previous GTX 780 Ti HOF card and instead of the GK110-300-A1 chip incorporates NVIDIA’s flagship GK110-425-B1 which is the fully unlocked Kepler core featuring 2880 Cuda cores and a 3 GB GDDR5 memory running across a 384-bit interface. The HOF edition won’t be kept clocked at reference clocks but would feature some impressive over the GHz frequencies and still leave abundance of room for overclocking enthusiasts. To achieve the world record, overclocker MadTse pushed the card beyond its limits by achieving a core clock of 1886 MHz and 2000 MHz memory clock (8 GHz effective) which is superb.

GALAXY Tech is renowned for their white colored PCBs and they have used the same design scheme on their ultimate GeForce GTX 780 Ti HOF V20 with a beastly looking extended PCB which rivals that of the EVGA GTX GeForce 780 Ti KingPin and MSI GTX 780 TI Lightning. The PCB features 16 Phases (Core), 2 Phases (Memory) and 3 Phases (PLL).The PCB is equipped with the industry’s high-end Panasonic tantalum capacitor salong with the addition of several KEMET tantalum capacitors with a capacity of 330uF. On the back, MDU3606 MOSFET from Magnachip are featured. To deliver high-speed under overclocked specs, the memory is equipped with its own heat spreader. The PWM supply will come with its own set of heatsink in the final retail variant. Power is pumped through Dual 8-PIN and a single 6-Pin connector which equates to a TDP above 300 Watts.

Ofcourse, a GPU of such a design would require large amounts of cooling to keep the core and memory stable. Galaxy hasn't revealed the final heatsink design for the card but we suspect it will be similar to the last HOF offering which featured heir flagship HOF series dual fan cooler which offers a much beefier heatsink design. The Galaxy GeForce GTX 780 Ti HOF makes use of a densely packed aluminum fin array that’s conveyed heat through four 6mm heatpipes running through the copper base. The dual fans measure 9cm and have a total of 9 blades which are enough to handle some mighty overclocks. The shroud itself looks beast for the monster card that is the GeForce GTX 780 Ti HOF.

For those who want extra power, Galaxy also ships a separate external power supply module which can be bought, offering an 8 Phase PWM with its own set of voltage adjustment and tuning points powered via three 8 Pin connectors. A must have for LN2 overclocking. No words on the price range for the card have been revealed but it will easily cross the $799 barrier considering the massive power design. 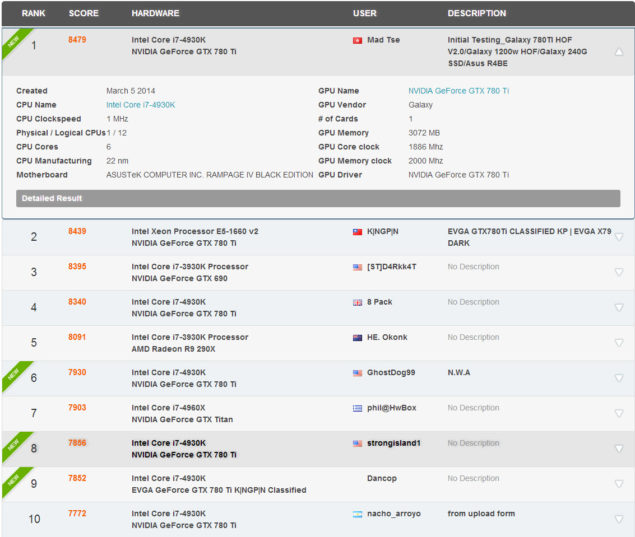 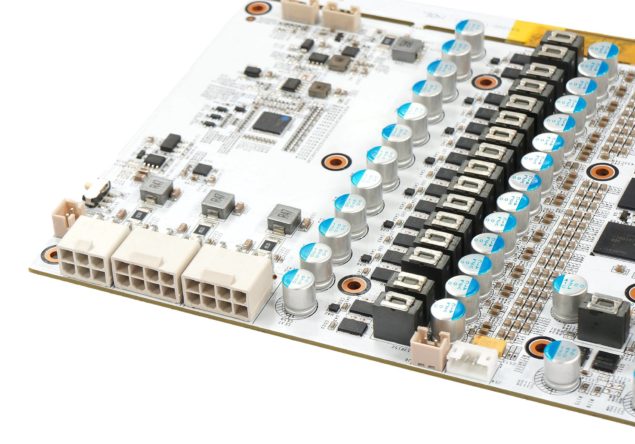