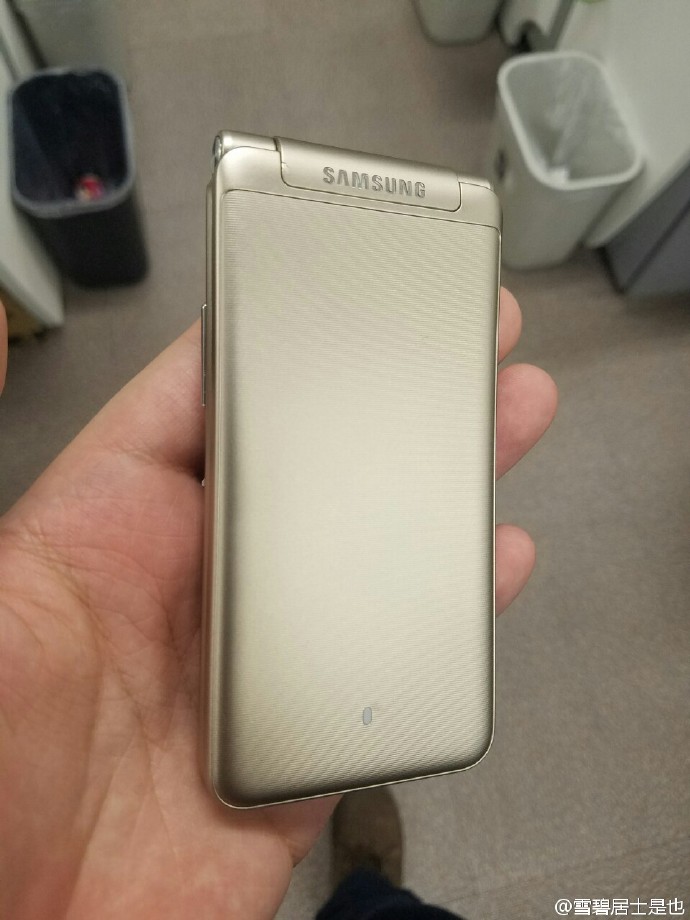 Samsung is prepping to release another flip phone, and from the looks of it, Galaxy Folder 2 is the name of the upcoming smartphone that’s going to bring back the trend of flip phones in Android powered handsets. Let us hope that the specifications are decent enough to warrant a purchase.

The leaked images show that Galaxy Folder 2 is going to be running Android 6.0.1, but it’s possible that the device is going to be updated to Android Nougat 7.0. If Samsung is bringing the previous popularity of flip phones back with the release of Galaxy Folder 2, then the company should update the device to Google’s latest and greatest OS update. The language present inside the display is Chinese, so it’s highly possible that the smartphone remains limited to this market only.

What we do know is that the handset will feature the model name SM-G1600, and will have 8GB of onboard storage. 8GB is far too less, and I was hoping to see at least 32GB of internal memory present so that the phone’s storage and users could have some breathing room in installing applications and other media before they expand that existing storage.

There’s also 2GB of RAM present, along with a 3.8-inch display with an undisclosed resolution. What you see in the images is Samsung’s Galaxy Folder 2 in the gold color, and we are under the assumption that more color variants are going to follow. The pricing details currently elude us, but for those specifications, we highly doubt Samsung would price it along the same lines as the price of a flagship.

What’s more is we’ll be disappointed if Galaxy Folder 2 remains limited to China. What are your impressions on the matter? Tell us your thoughts right away.