While Galaxy S7 and Galaxy S7 edge are smartphone marvels from the South Korean tech giant, it looks like Galaxy C7 is going to be a real test of how the company manages to tackle the mid-ranged smartphone market because its hardware is quite impressive, particularly when you do not see too many manufacturers caring about the lower sections of the mobile market. However, the latest specifications leak of Galaxy C7 is going to change your perspective of Samsung. 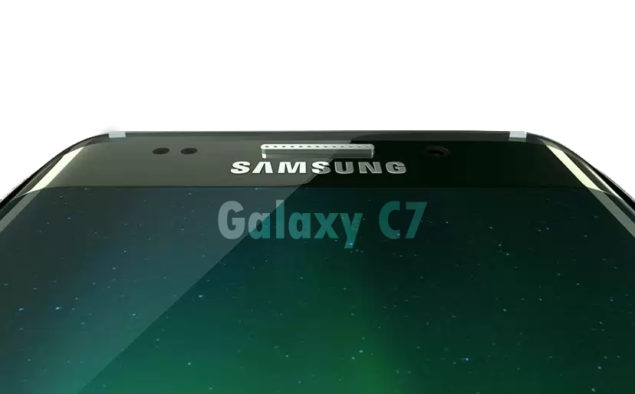 Super AMOLED displays are not going to be limited to high-end smartphones because Galaxy C7 and hopefully others are expected to get the same form of treatment from the company. Since large screen smartphones are preferred to smaller ones, primarily because of the natural perks that they bring to the table, which are a larger screen to view content on and of course a larger space to accommodate a larger sized battery capacity.

As for the hardware, Galaxy C7 will be running a Snapdragon 625, which is going to be running 8 Cortex-A53 cores at a speed of 2.0GHz. However, the highlight of the specifications leak happens to be the amount of RAM present, and while most flagship devices are still featuring 3GB of RAM, the upcoming mid-ranger will be sporting 4GB, and this is a specification detail that you do not see too often from manufacturers. Glad to see that Samsung has finally started to realize the potential of focusing on all ends of the smartphone market, instead of just the flagship market. 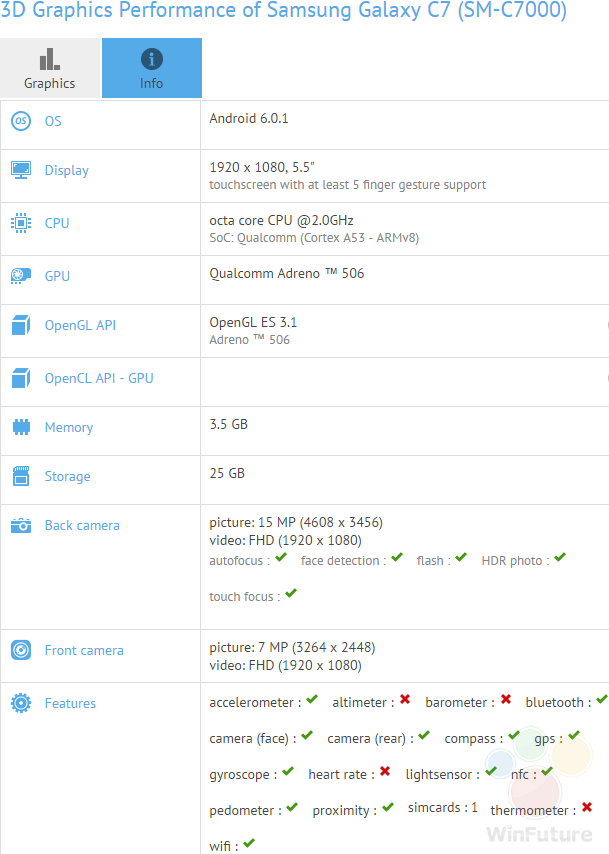 The rear side of the device will have a 16MP shooter, and while we currently do have any information regarding its sensor size or the size of the aperture, we will have all the necessary details for you when the phone is officially being announced to the public. From what we can tell, the sensor will not be able to record 4K content since this detail has been omitted from the GFXBench specification sheet. However, we do know that if Samsung wants this phone to succeed immensely, then the right pricing strategy will have to be maintained.

While the tech giant is not used to pricing any of its devices at competitive rates, it honestly would not hurt the company to come up with a new strategy. What do you guys think of the upcoming phone from Samsung? Let us know your thoughts right away.