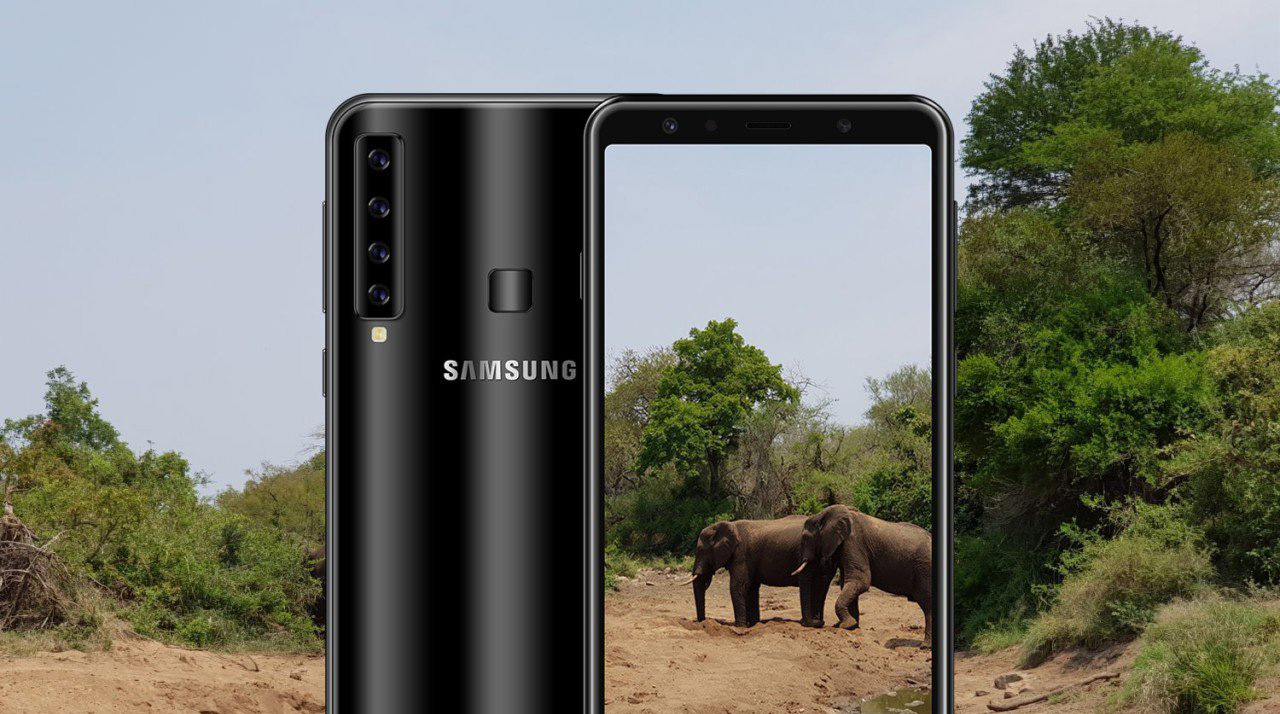 Even though report after report has pointed out that Samsung’s smartphone business isn’t doing so well, the company has taken it in stride and continues to push limits to retain its number one spot, which Huawei is pursuing so aggressively. While Huawei was basking in the glory of the triple-camera system it introduced with its P20 Pro, Samsung was prepping something much bigger. The company had teased a quad-camera setup earlier but now we have a leaked image of the upcoming handset apparently being called the Galaxy A9s, along with its rear-facing sensors’ specifications.

Samsung Galaxy A9s Reportedly Being Able to Provide Lossless, Wide-Angle and Blurred Shots Through Use of Different Lenses

The leaked image comes from Evan Blass and you can clearly see four vertically aligned lenses on the back of the phone, just above the LED flash. There is a 24MP main camera with an aperture of F/1.7, a 5MP depth sensor, an 8MP, 120-degree ultra wide camera, and a 10MP telephoto camera that we expect will be capable of 2x optical zoom.

Samsung had earlier promised that it will introduce new technologies with its mid-range offerings and this sounds true, as other leaks indicate that Galaxy A9s would be a mid-range handset. Previous hardware leaks have stated that the smartphone will be powered by the Qualcomm Snapdragon 660 chipset and sport a large 6.28-inch Super AMOLED screen. The phone will also pack a 3,720mAh battery thanks to the larger size and it is expected to come in the 4GB and 6GB RAM variants paired with 64GB or 128GB of internal memory.

It will reportedly run Android 8.1 Oreo right out of the box. Side by side, Samsung is bringing its software-based camera tweaks such as scene optimizer and flaw detection feature to more phones, to make most of the camera hardware. This is crucial as the number of sensors alone is not enough for high-quality imaging. Now we will have to wait and see if the imaging prowess of the Galaxy A9s was worth the wait.

Samsung has scheduled an event for tomorrow, so we will have to be patient and find out what else the handset has to offer.