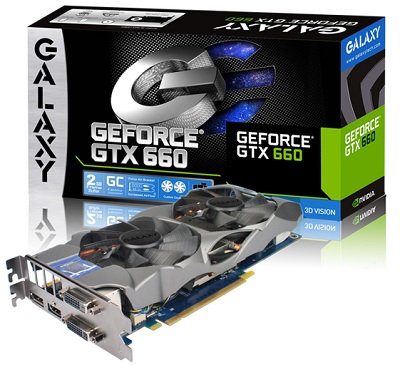 Display outputs include Dual-DVI, HDMI and a Display port. Expect availability today for a price of $259.99 US. 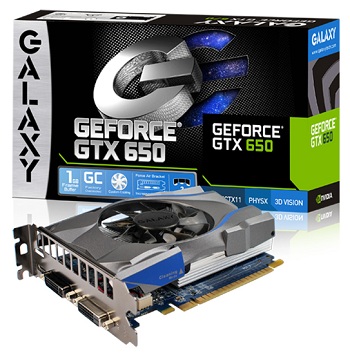 The GTX 650 GC features 384 cores clocked at 1110MHz base and 5000MHz for the 1GB GDDR5 (128-bit memory). Display outputs include Dual-DVI and an HDMI port. The card is powered through a single 6 Pin connector. Cooling is provided through a dual slot fan cooler. The card would be priced at $129.99 US when launched today.