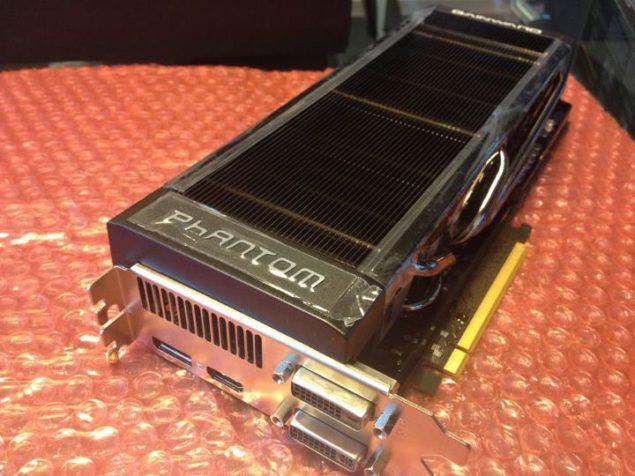 Gainward's Upcoming Non-Reference GeForce GTX 680 Phantom graphics card has been pictured by TweakTown (Facebook Page). Only the picture of the card itself was posted on the site, No other details were mentioned.

The Gainward GeForce GTX 680 Phantom is equipped with a three slot high Heatsink which features 44 heatsink fins aluminum block equipped with five 6mm Grand-Prix Heat-Pipes (GPR) which dissipated heat from the copper base and are cooled down by three central PWM controlled 8cm fans.

Clock Speeds are unknown but looking at the design and positioning of the Phantom model, Gainward would add a sweet Factory O.C to the GPU. Display outputs include 2 DVI, HDMI and Display Port.