Sprint has started rolling out Android 5.1.1 Lollipop updates for Samsung Galaxy S6 and the S6 edge. Latest updates have added on to the Stagefright fix with more UI updates and some new features from Samsung. Here are the major highlights of this update being sent to the flagship duo. 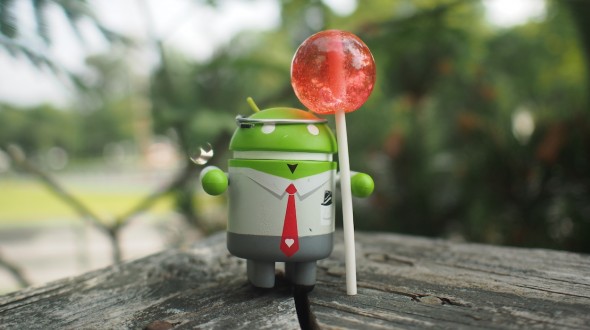 Users have started receiving over-the-air notifications for Samsung Galaxy S6 and S6 edge smartphones. According to the Changelogs, Android 5.1.1 Lollipop update brings Samsung Pay to the flagship devices along with support for YouTube Live Broadcasting. Samsung Pay is expected to be launched next month and seems like company has started pushing out updates to make devices ready for next month when the service is launched. Here is the complete changelog as posted on Sprint.

Sprint had already sent out the fix for Stagefright with G920PVPU2BOGA and G925PVPU2BOGA for Samsung Galaxy S6 and Sprint Samsung Galaxy S6 edge, respectively. You should now start looking for Android 5.1.1 G925PVPU2BOH1 for Galaxy S6 edge and G920PVPU2BOH1 Android 5.1.1 for Galaxy S6 to get new Lollipop goodies, Samsung Pay support and support for Live broadcasting via YouTube. If you have a rooted device running on a custom firmware, you won't receive the official notifications for the update.

However, if you are running on official firmware, you will receive an OTA update for this latest Lollipop version. You can also manually check for updates from Settings > About Phone > Software Update. Install the new firmware files and confirm the download process to get the new features of Lollipop. Sprint has started seeding this update in phases which means there is no reason to worry if you don't receive it today. All the users will get the notification for this update in the next few days. Do let us know if you have already received the update for your Samsung Galaxy S6 or S6 edge smartphone.

- Android 5.1.1 Custom Firmware for T-Mobile Samsung Galaxy S6 - How to