With the announce of the release of the Wiko Wax and the LG G2 Mini in March, Nvidia had started to make moves towards entering the smartphone processor market. Both the phones are powered by the Tegra 4i, Nvidia's smartphone variant of the Tegra 4 range. So it was seen as a change of course for the company as  Jen-Hsun Huang announced that Nvidia plans to aim only towards the higher end devices where graphics and performance plays an important role. 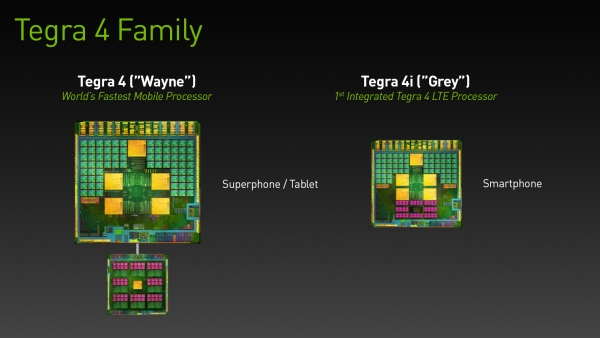 It should be kept in mind that the mainstream SoC market is already very overcrowded, with major competitors including Qualcomm and Apple possessing 70% of the market share. A highly demanding market, with stringent requirements, the chips have to be designed to specific specification in order to gain any sort of penetration. If the chip is over designed, with a high price tag, there are no sales. Same is true for under designed chips, lacking performance capabilities.

With the Tegra 4i, featuring an integrated LTE baseband and a quadcore, Cortex A9 2.3 GHz CPU, Nvidia had hoped to significantly make a dent in the value smartphone market and become a potential, strong competitor to Qualcomm. "We are going to get design wins in tablets in very important companies, super-phones in important companies, and we're going to continue to. I believe that the mainstream smartphone market is saturated and it's not worthwhile to pursue." Jen-Hsun Huang, Nvidia's CEO said.

Currently Nvidia produces Tegra chips based on the ARM's Cortex A9r5 and A15 cores. Addition of Denver cores is also expected. Neither of these fit the expected requirements of a hypothetical 5i, since the A9r4 is already outdated and the A15 being too big for mainstream products. With complications present in manufacturing a successor being the lack of suitable cores and no 64-bit parts, Nvidia is faced with very limited options. Therefore it seems highly unlikely that a successor for the 4i will be introduces, at least in the immediate future.