The fine folks over at ValveTime were able to get some hands-on time with Valves Aperture VR demo played with an HTC Vive VR system.

The Aperture VR demo is everything good about VR. Is it enough to sell everyone on the idea?

At a Playhubs-hosted Game Jam in London on the 13th, ValveTime’s Omnomnick was lucky enough to briefly experience Valve’s first-party take on the VR experience. The demo itself is just that, a demo to demonstrate the viability of using the Source engine (this is running on Source 2.0) in VR environments. So far it seems to represent a lot of the “right things” that can be done with VR.

The demo is full of the kinds of interactivity that work well with having a VR headset strapped to your head. In particular you’ll find yourself able to enjoy true 360 degrees of movement, literally walking around a room slightly larger than the virtual space. You interact with the demo by using small handheld devices that are motion tracked and represent similar looking tools within the game demo. You get to explore, play with and virtually touch nearly everything. You use the neat handheld controllers to grab at and complete your tasks. It’s all quite fun looking.

You start in a small room at Aperture Laboratories. It’s not quite on rails, though your have to eventually follow the prompts that are given to advance the action. Before too long Atlas appears, is hoisted and you have to debug the little robot by interacting with him via those controllers. Even though it isn’t quite natural hand movement, the use of your hands in near full range of motion looks to be more engaging than a lot of movement types. Like the Oculus Touch, just having that natural range of motion could make for interesting game mechanics.

Overall it appears like a good start to what could be a good direction for VR for Valve. Maybe their next game will be to showcase VR at its finest. Perhaps Half-Life 3 will be a first-person interactive experience as revolutionary as the original Half-Life was.

The Aperture VR demo was first shown at GDC 2015 to show Valve and HTC’s VR investment. It was praised for the attention to detail and general sense of realism it provided demo participants. VR is likely not going to suffer the same fate as the 3D revolution. While initially it might seem as if but a gimmick, the immersion offered relative to 3D will be much more palpable and enjoyable. That and a lot of companies are investing a lot of money into the future of VR. 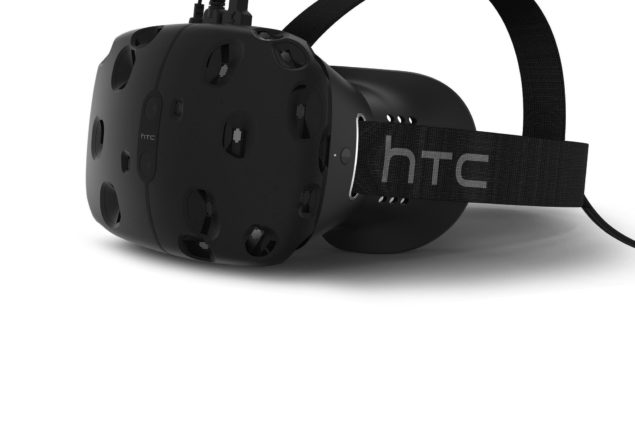