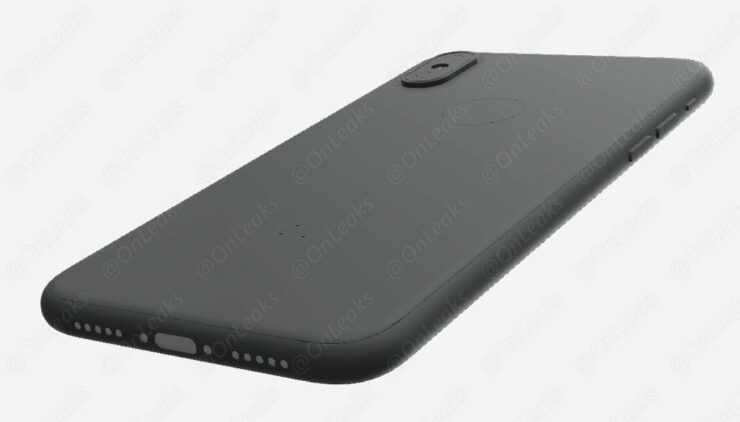 Apple's iPhone 8 is regular feature of the rumor mill. The company's got a lot riding on the device after all. Revenues are declining and Apple's failing to come up with new products. This year, the iPhone 8 will bring a lot of upgrades on board. These will be a combination of much overdue and new upgrades. Now, we've got some fresh, highly credible schematics from a reliable source for you. Take a look below to find out more.

We've seen a lot of leaks related to the iPhone 8 so far. These peg the device with a lot of upgrades. For starters, Apple will finally introduce OLED displays on the smartphone. Supply chain constraints are a thing of the past for the company, as Samsung is finally willing to churn out enough displays to satiate Cupertino's appetite. This shift to OLED will be temporary, as the company will make the shift to Micro-LED in the near future.

The second big upgrade for the iPhone 8 will be a vertical dual camera setup. It's a rather unorthodox approach, as the majority of flagships out there have a horizontal sensor when viewed in portrait mode. Now, the iPhone 8 will come with a specific emphasis towards 3D recording and VR. This, will be facilitated by a horizontal dual camera setup, when viewed in landscape mode.

Today's images for the iPhone 8 confirm a handful of previous leaks for the device . For starters, the vertical dual camera setup is clearly visible. Therefore you can expect that VR and 3D will play a major part in Apple's September launch. Secondly, there's no fingerprint sensor that's visible at the front of the device, nor at its rear. This confirms that Apple will launch it with a virtual fingerprint sensor as well.

However, take a close look at its front and you'll see that there's no additional sensor with the front camera, as touted by earlier leaks. Some sources, including KGI's Ming-Chi Kuo claim that Apple will launch facial recognition with the smartphone. This sounds a bit too much if you ask us and is likely intended to counter Samsung's Iris recognition with the Galaxy S8 and S8+. Other features for the iPhone 8 include new build materials and wireless charging. Thoughts? Let us know what you think in the comments section below and stay tuned. We'll keep you updated on the latest.