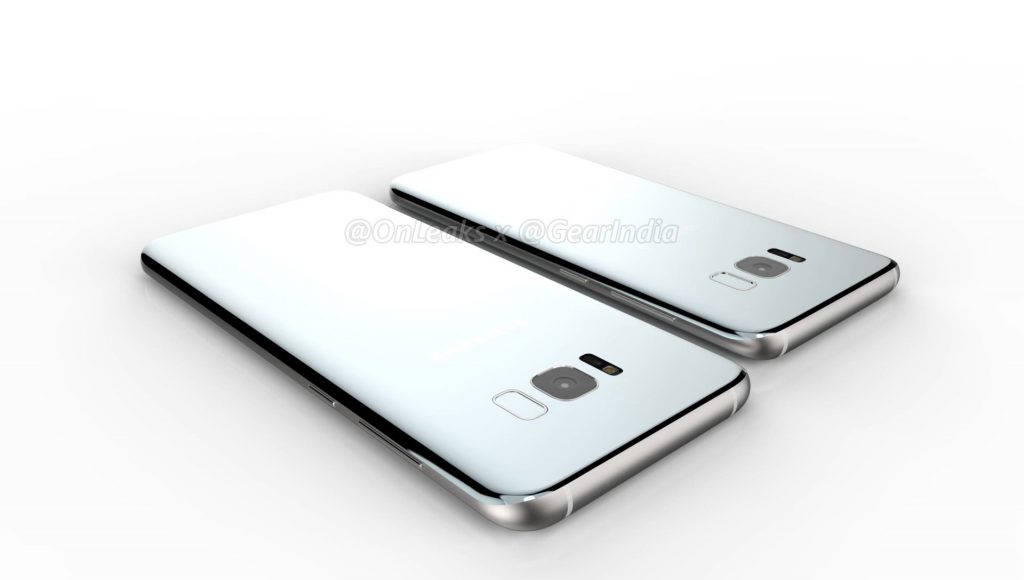 Ah the Galaxy S8 lineup. Samsung's upcoming smartphones just won't stop being a part of the rumor mill. Only yesterday we got our hands on more than a dozen images of the pair. They showed nearly every design detail for the upcoming smartphone. Now, if you're curious on what to expect from the larger Galaxy S8 Plus, take a look below as even more renders of the device have leaked today.

The Samsung Galaxy S8 will be a major design overhaul over its predecessor. Samsung will provide us with a nearly bezel free display on the device. Not only will its side bezels be virtually non-existent, it's top and bottom bottom bezels will be barely noticeable as well. A lot of images, specifications and renders for the device have leaked so far. These leave us no room for more speculation on its features.

Still, the rumor mill doesn't seem to be done. Today, we've got some more renders of the larger Galaxy S8 Plus. These are perhaps the best looking renders of the device which have surfaced so far. Depicting it in silver, you'll get to see the smartphone from nearly every major angle possible. What's more, is that they end up confirming all the design details for the S8 and S8 Plus which have surfaced so far.

The Samsung Galaxy S8 and Galaxy S8 will not feature all metal designs. Rather, the rear of the devices will feature glass builds. This will lend them a nice, polished approach which will appeal to a lot of users. Today's renders make full use of this fat. As you can see above, one thing that these images are is shiny. Or should we say, very shiny. The expected assortment of ports, buttons and sensors leaked so far is also present on the devices.

There's the very large front camera, a rear fingerprint sensor and a button free front facade. Surprisingly, there's no hint of a dual camera setup. The feature has surfaced in a lot of Galaxy S8 related leaks, but the rumor mill's gone mute on it over the past couple of weeks. Could Samsung have scrapped it off? Well know for sure when the S8 and S8 Plus are launched next month. Till then, let us know what you think in the comments section below. We'll keep you updated on the latest in the meantime.