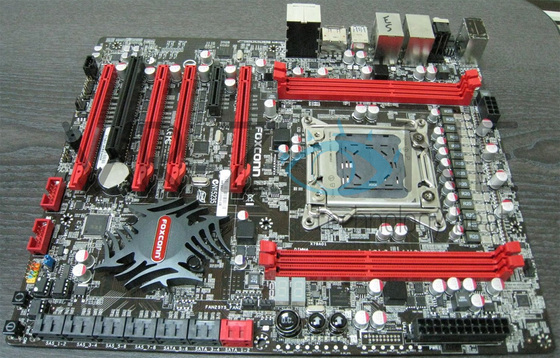 The older design also didn't include a heatsink over the Platform Controller Hub X79 Chipset but the latest comes with a mid sized heatsink equipped on the Re-Designed PCH layout. The board is shown to feature 14 Sata ports however it is expected that SAS (serial-attached SCSI) ports will be removed which will leave only 8 Sata 3 Ports left behind. The O.C Buttons, Diagnostic LED, Power, Reset buttons are still there.

The motherboard being a top tier board also features a strong 14 Phase VRM featuring DirectFET MOSFETs and I2C-capable VRM controller. The VRM Phase Heatsink would be included in the final design, The board features 4 DIMM Slots for Quad Channel Memory Support. Pricing has not been revealed yet. 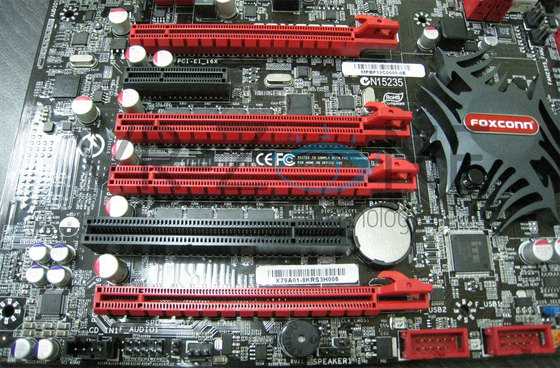