Foxconn is readying a New High End Motherboard based on the Intel's P67 chipset, named the "Quantum Force P67 Motherboard". Supporting Intel's new LGA1155 based processors the board falls in Foxconn's Quantum Force brand of motherboards. The new motherboard will feature digital PWM offering precise voltage control for the processor, multi-phase VRM for the four DDR3 memory slots and other connectivity outputs.

The motherboard includes a 14-phase digital PWM circuit which uses independent single-phase PWM inductors made by CPL, and memory using a 2-phase VRM. There are 2 PCi-e x 16 slots on the board which support both Crossfire and SLI, three PCI-E x1, and one PCI. Other connectors include two internal SATA 6 Gb/s, four internal SATA 3 Gb/s, two eSATA 3 Gb/s, and one ATA connector supporting up to two IDE devices.

The back of the Motherboard comes with 8+2 channel HD audio with optical and coaxial SPDIF connectors, two USB 3.0 ports, a number of USB 2.0 ports, FireWire, and two gigabit Ethernet connections. The motherboard being high-end has many overclocking friendly features such as a set of onboard overclocking control buttons, diagnostic LED display, rear-panel CMOS reset button, redundant BIOS in separate EEPROM chips, and high-precision voltage control thanks to the Volterra PWM IC. The motherboard will be released as soon as Intel's 2011 line of processors are released. 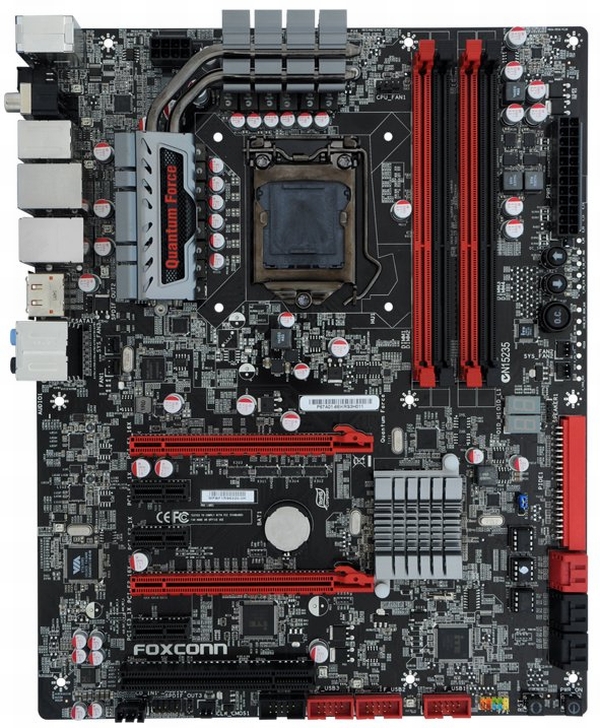 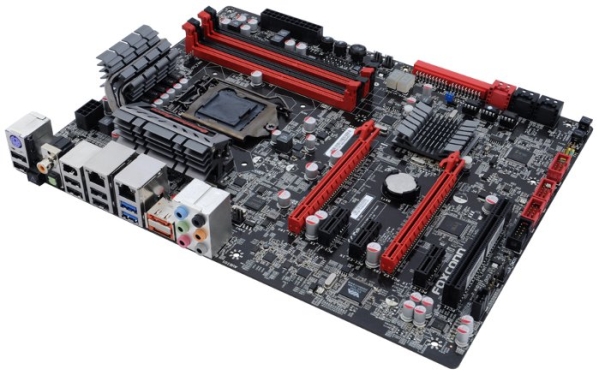 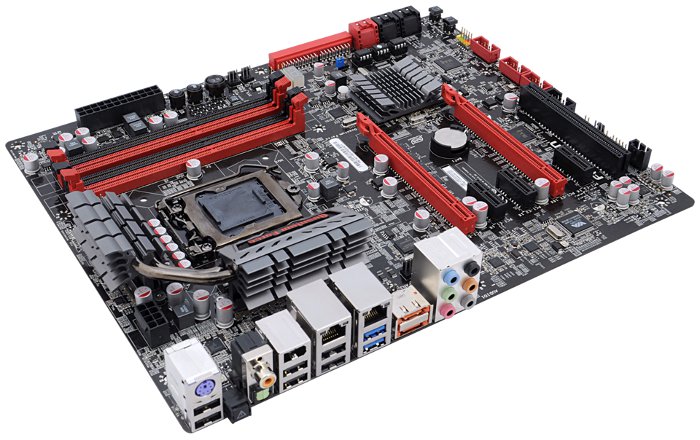