Foxconn Looking To Acquire Toshiba’s Memory Business; Wants All Of Apple’s Business For Itself

Apple's launch of the iPhone 8 this year will be the company's biggest in recent times. A drastic overhaul along with new processing technology will make sure that this year's iPhone differs a lot from its predecessors. One big change for the device is the introduction of OLED displays. Apple, true to its form of sitting on tech upgrades until maximum profit can be made, will make the change only on the iPhone 8 this year. Alongside the iPhone 8, we'll also see the iPhone 7s and iPhone 7s Plus. Sources claim that the main reason OLED didn't make it on the devices is supply shortage. Apple's primary supplier, Foxconn recently merged with Japanese display maker sharp. While the fruits of this agreement won't make it until next year, Foxconn's now ready to make some more move.

Japanese manufacturer Toshiba has a special place in Apple history. The company's battery's provided a critical breakthrough for Apple's original iPod, which served as a catalyst for portable computing. Now, the company is facing some troubles. It needs to balance off its balance sheets and has decided to put up its memory business for sale. It's a big business with a good reputation and strong, global customer base. Toshiba is seeking bids with a value of $13 Billion (1.5 Trillion Yen).

Speaking at the opening of a $9 Billion display plant in China, Mr. Gou, speaking in double negatives claimed that, "We can’t afford not having this technology.” If he does succeed with the deal, Foxconn will become the largest Apple supplier. Cupertino will have to rely on the manufacturer for a majority of components for devices apart from the iPhone. 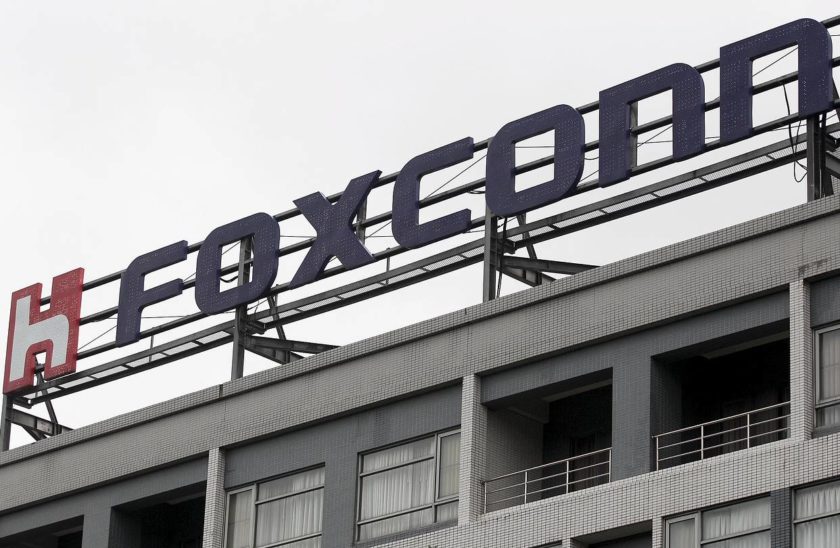 Talk about putting all of your eggs in one basket. “We can help Toshiba to build factories in China, while they can leave the core technologies in Japan.” Gou elaborated. Other companies that are bidding for Toshiba include Apple, TSMC, Microsoft, SK Hynix, Micron Technology and Western Digital. Out of these, Hynix and Micron have a tough road ahead as they'll likely face anti-trust violations.

Gou's also looking to open a plant here in the US. He wants to capture the country's massive demand for low cost electronics and appliances. As Apple has grown, so has Foxconn. Makes us wonder where Cupertino will stand if there was no iPhone or Hon Hai. Thoughts? Let us know what you think in the comments section below and stay tuned. We'll keep you updated on the latest.