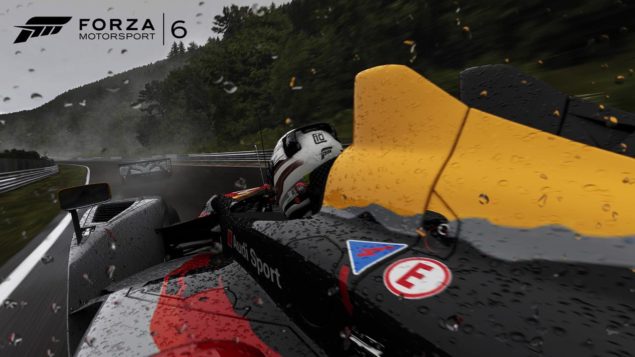 After talking about it briefly at Gamescom 2015, today Turn 10 fully revealed the Forza Motorsport 6 mods feature.

They will allow players to modify their races in certain ways that have been described by the developer.

Mods are a new feature in Forza Motorsport 6, one that has been designed to bring a new layer of depth, challenge and fun to the career and free play races where Mods will be available to use. In essence, Mods give the player the chance to affect the race, whether through adding additional challenges, changing the handling of the car, or offering additional bonuses at the end of a race. In many ways, Mods give the player the chance to dare themselves to do better in a race, and reap the rewards if they are successful. We believe that players get more out of Forza, when they start turning the assists off and master their collection of cars. Therefore, Mods also create an additional “risk for reward” system to encourage experimentation with higher difficulty assist settings. Here we’ll explain what Mods are, how they work, and how you can make them work for you in your Forza 6 career.

First, Mods are game modifiers, similar to perks in Forza Horizon 2 or Skulls in Halo 4, that you can unlock as you play in Forza Motorsport 6. Mods can only be used in either Career or in Free Play modes – players cannot use Mods in multiplayer or Leagues races or in Rivals events. Mod packs can be won as part of the Prize spinner (described above) or purchased for in-game credits. Different Mods affect your race in different ways.

There are three categories of Forza Motorsport 6 mods: Dare, Crew and Boost.

Dare Mods challenge the player to get out of their comfort zone and perform with specific driving requirements that will test their skills. Players will earn credits bonuses if they succeed in a race with a Dare mod added. All Dare Mods can be used as many times as the player likes, but only one dare can be used at a time.

Crew Mods give the player a specific performance advantage during a race, depending on the Crew Mod used. Crew Mods don’t offer specific bonus rewards but can give players an advantage in a race.

Boost Mods give the players a specific advantage during a race or a bonus for performing well in a race. Boost Mods might increase the total amount of credits you can earn after a race, or give you a bonus to XP or credits for performing certain in-game feats.

Boost mods could be:

What do you think of this new addition to Forza Motorsport 6? Do you foresee yourself using it a lot?

In case you forgot, the game will be out on September 15 in North America, September 17 in Japan and September 18 in Europe, exclusively for Microsoft's Xbox One.