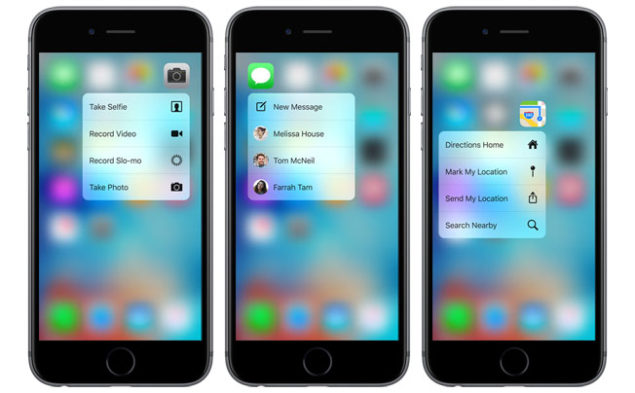 The 3D Touch display has been designed to sense the amount of pressure being applied to the screen. It senses various amounts of pressure and devises a specific action for the press. For instance, there is a new 'peek' and 'pop' feature embedded onn the iPhone 6s. Pressing the display would show you the highlights and if you keep pressing it, it will pop open the action that you were referring to. iOS 9 has been designed to work well with the new 3D Touch feature. Different apps have different actions that work with the new 3D Touch technology. However, if you are not planning to upgrade to iPhone 6s, developers are working on a tweak that can enable you to achieve 3D Touch features on your current iPhone.

Let's dive in to see what this new tweak has to offer and how will it adopt 3D Touch-esque features.

Elias Limneos is a popular Cydia developer who aims to bring the new 3D Touch features on iOS 8. Obviously, the tweak will not be able to distinguish between a hard or soft press, it will simply apply 3D Touch actions to the older iPhones or iOS 8. The developer has tinkered the tweak in a new video which can be seen below.

As can be seen in the video above, the developer has adopted similar 3D Touch features of an older iPhone. See how the developer used the Phone app to call and navigate. Users can also add new contacts from the same menu. Different apps would have different actions. The layout seems pretty much the same as 3D Touch on the iPhone 6s.

There are no details available for when this tweak might be available. However, it would surely be worth the wait. Limneos is also working on another tweak which is inspired from Apple's keynote - Live Photos. However, details will be updated as soon as they arrive. As for now, share your views about this tweak in the comments.