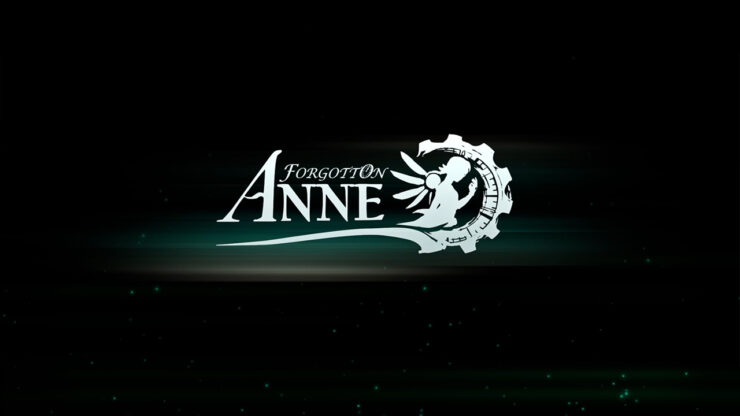 It's going to sound strange, but I drained the life out of, and killed a scarf at EGX. What makes it even stranger is that I didn't need to and, when I found that out, I felt terrible. Measuring your moral compass isn't a new thing for games: a large number now feature multiple choices and diverging paths, though at times not fleshed out or diverging enough for it to matter. What isn't common is hiding the choices, making it a surprise to then later find out you had an option. Welcome to the world of Forgotton Anne [Official Site], where you're a cruel and evil person.

Set in the Forgotten Realm (not that one), the world is full of the items that people have cherished and loved, but eventually forgot. These Forgotlings, as well as everything else in the realm, are powered by Anima. This acts as both the life force of all living things, as well as an energy source. Somehow two humans have also found themselves in the Forgotten Realm and they're on a quest to get home. These are the titular Anne, acting as a ruthless enforcer in the world, and her mentor Master Bonku.

The start of the demo I played at EGX places you in the center of an uprising. The Forgotlings are divided and the rebels have launched an attack, cutting the power to the city and causing other damage. You're tasked with initially restoring power in Anne's house and then setting off to investigate what's happening in the city. 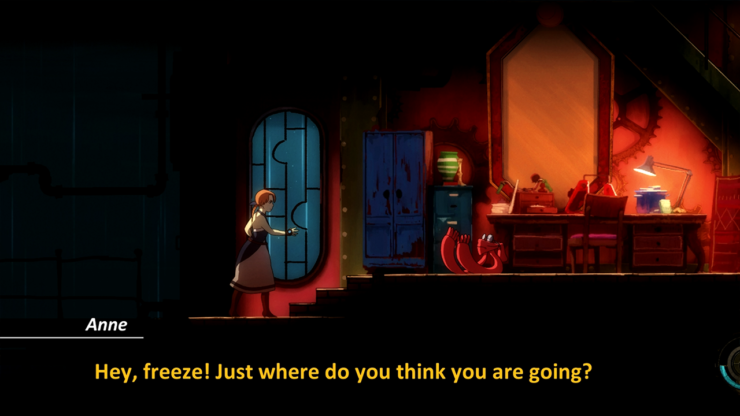 As soon as you're about to leave Anne's house you encounter your first choice, only you may not realize it. Dilly, the aforementioned scarf, storms into the house hoping to find shelter. He professes his innocence, claiming to not be a rebel. However, regular Forgotlings have a mark, the rebels don't. Dilly doesn't. Do you believe him or do you punish him, absorbing his Anima? I didn't realize there was a choice in the matter when I was playing the demo. The game simply indicated that I should target him and absorb his Anima. These are the choices you will likely face throughout the game and your decisions will be reflected in Anne's journal, having an effect on the narrative of the game.

Even smaller, seemingly meaningless decisions, will have this effect. The one found within the demo has a cushion. It was promised that if it cleaned the outside of the tower, one brick at a time, it would be taken away from the Forgotten Realm with Anne and Bonku. The job is futile and will take literally hundreds of years. Do you dissuade it or encourage it? I told it that the job would be done in no time. A white lie, but better than breaking the poor things heart.

What makes Forgotton Anne all the more interesting is how the dark story contradicts with what was one of, if not the most stunning games on show at EGX. It'd be very understandable for someone just walking past to mistake it for an animé. This is particularly true if they caught a glimpse of one of the cutscenes, some of which seamlessly transition to and from the gameplay. It's a lovingly hand-drawn style that is very reminiscent of the work done by Studio Ghibli, the attention to detail and care that has gone to it is clearly evident. It's almost impossible not to be impressed.

That love will also likely extend to the audio and soundtrack of Forgotton Anne. The voice acting that I heard was on point, strong and close enough to ideal for the characters that appeared. The music was great and added perfectly to the atmosphere, working well with the ambient sounds. What is unique about the music is that is also marks the very first video game outing of the Copenhagen Philharmonic Orchestra, working with ThroughLine Games in-house composer Peter Due. Such a high profile name is a good sign for any game, nevermind an indie like Forgotton Anne.

After the brief hands-on and chat with two of the developers, one being creative director Alfred Nguyen, I'm extremely interested in seeing more of Forgotton Anne. During this chat I was also told that alongside the core story, the game will feature a number of optional challenges and will also not feature a game over state, which I'm curious to see in action and how it's handled.

Forgotton Anne was only announced at EGX, being the Square Enix Collective mystery title. What we do know is that it's coming to the PC, PS4 and Xbox One and the aim is for a 2017 release. No firm date has been set, though the plan is to announce a release date sometime early next year. Whenever it comes out, this is a game well worth anybodies attention. It's also another sign, like Black the Fall, that the Square Enix Collective is picking up some great looking games.