Foramina – A Striking Game that Takes you Somewhere Strange 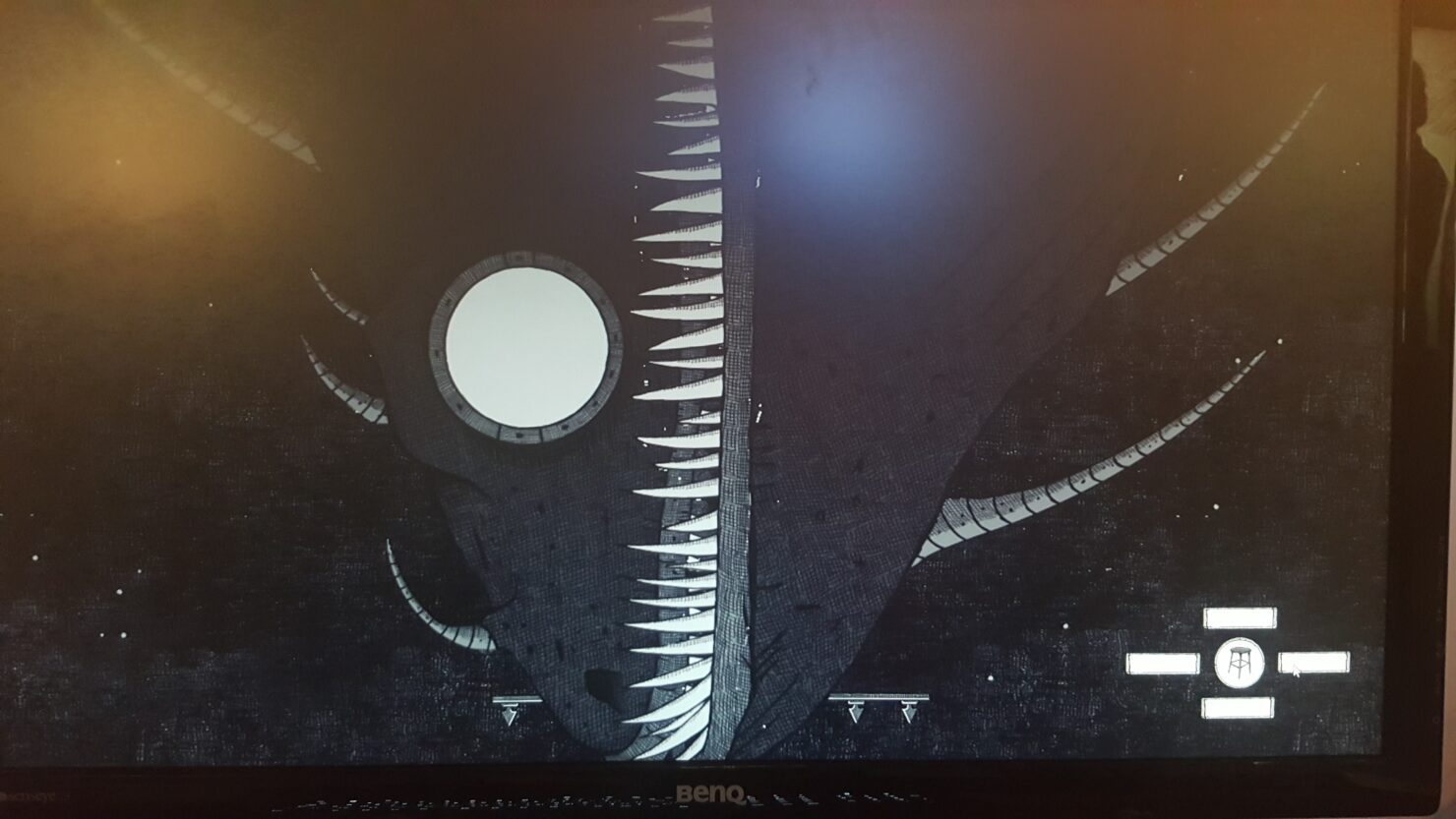 One thing that EGX was able to introduce me to was a surprisingly compelling adventure game called Foramina. Using a monochrome palette and reminding me like something from the depths of David Lynch's psyche. This is something that was immediately captivating. However, as captivating the art was, it doesn't mean the game was simple.

Not quite a point and click game, you control the main character through moving left or right. When you reach an interactive object there are four buttons in the bottom corner that highlight the options you have. Then you simply point and click on what you want to do. Figuring out what to do is what was the interesting thing. Only one puzzle from Foramina was on show on the demo at EGX in the Leftfield Collection section. It took me, and a number of people, a while to figure out. Some people actually walked away in frustration.

Of course that could be a little damning, meaning the game just isn't going to open itself to enough people. What the puzzle did require is you paying attention to the small things. You have a tiny stool on a platform, a light with a horrible mosquito style creature on top of it. How do you get up? If you watch and pay attention, you see that the creature calls out which drops food. If you climb on the stool in the light, it will also cry out and knock you off of the stool. 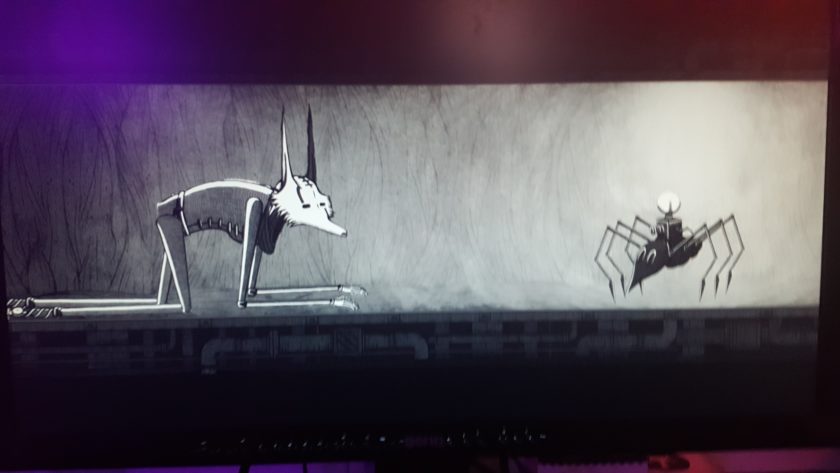 Once you've figured out what to do, you actually tear the head off of the mosquito and place its face on yours as a mask, giving you the ability to cry out and get food dropped down. The payoff is actually quite surprising and, as the top picture should show you, it all runs with the same unnerving art style. It's the use of minimalism in the gameplay that actually adds to the effect. As mentioned, it will leave you a little lost, but just how engrossing it gets is brilliant.

Having spoke to one of the developers what I know is that Foramina is in such an early stage of development. What it is, however, is an extension from the outstanding artwork by Tom Mead. Set inside a giant world of circus-freak like creatures, you play as the fox-headed character and your overall goal is to escape this strange place.

Even at an early stage, it's always nice to see something so visually striking and a game with such a strong sense of identity. No doubt it'll be quite a while until it's released, until now you can go through to the site, look at the art, the illustrations and watch any videos. One video you can watch is a test scene which will give you just a feeling of the atmosphere the game puts across.