Here's how you can fix iOS 9 animation lag and performance issues on iPhone 6 Plus, iPhone 6, iPad, iPod touch and more once and for all by using this one simple trick!

If you turn your rudder towards different social networks right now, you'll come to see that 'laggy' and 'slow' are the words being chosen by a large amount of people to describe iOS 9. And we agree to that, because during our usage of iOS 9 on certain devices, especially the iPhone 6 Plus, the OS is a stuttery mess to say the least. In fact, even with a fresh install through iTunes, my iPhone 6 Plus couldn't keep up with iOS 9's animations and the phone kept on lagging behind. But luckily, after trying out every possible fix, it's safe to say that we have reached the point where we can say that we have found a solution to mend all that lag once and for all. Here's what you need to do.

1. Launch the Settings app from your iPhone's or iPad's home screen.

3. Scroll down and then open 'Accessibility.'

4. Here you should see an entry labelled 'Increase Contrast.' Tap on it.

5. There are three toggle switches here, move the 'Reduce Transparency' one to the ON position as shown in the screenshot below. 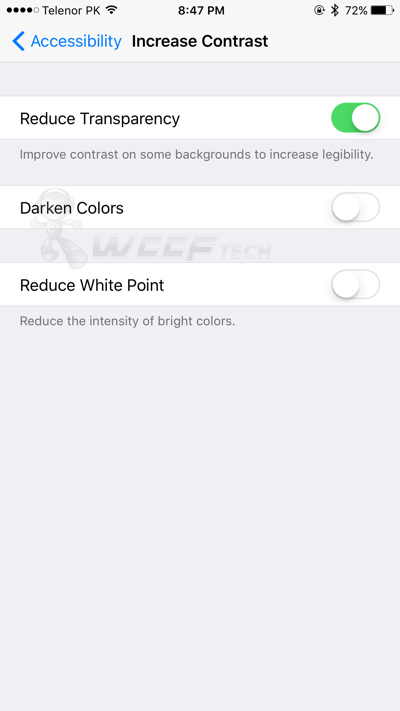 That's it. You'll notice that the painful laggy animations and overall stuttering is now gone. But if you're still experiencing them, then it's highly likely that you have a very old device at hand, and if that's the case, then be sure to check out: iOS 9 Slow On Your iPhone, iPad? Try The Following Fixes.

Reduce Transparency will cut down those blur effects throughout the OS, which in turn will take a lot of strain off the device's CPU, subsequently giving you a massive performance boost. We do understand that toggling the Reduce Transparency option will kill off all the eye-candy which iOS 9 brings with it, but ask yourself this: you want fancy blurs or a good performing device? We're pretty sure at least half of our readers agree with the latter. 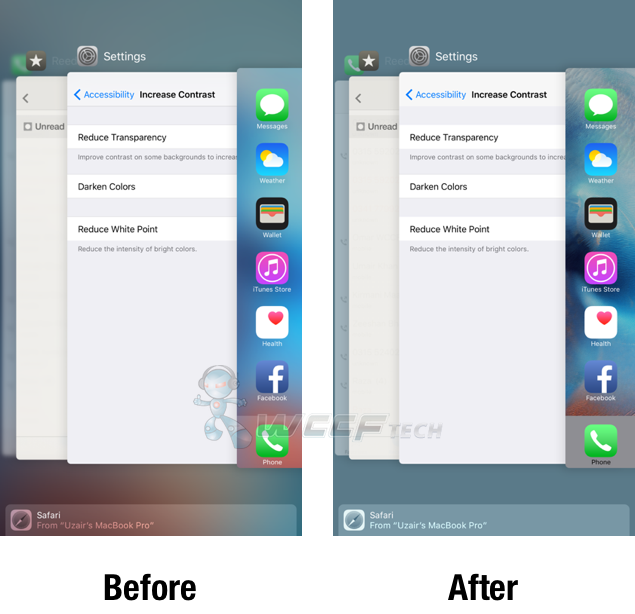 iOS 9 is a great update by all means, but like any 'first release' software, it does have its fair share of issues and whatnot. We're quite certain that Apple will address a lot of problems in the days and weeks to come, so hang in there tight!

How To Request Desktop Site On iOS 9 Safari

iOS 9 Using Up Too Much Cellular Data? Here’s How To Fix The Issue