Electric Car Company ‘Fisker’ is Back From The Dead

Luxury car company Fisker Automotive is back in business. The company will be making a new car manufacturing plant in South California, about 60 miles East of Los Angeles in the city of Moreno Valley. The plant will be first of its kind after about two decades and it will be used for manufacturing Fisker’s plug in hybrid vehicles. The company was in a financial meltdown in 2013 when it filed for bankruptcy and was bought by Chinese auto parts giant, the Wanxiang Group after about a year. The Chinese company bought the 555,670 sq. ft. facility for a $30 million lease; another good thing about them is that the same company also owns A123, which is a company that builds lithium-ion batteries used to power the plug in hybrid Fisker vehicles. 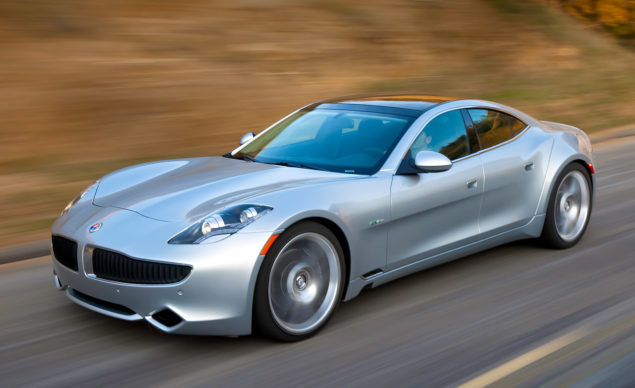 Tesla has a competitor in town

The company is reportedly trying to get back into its original shape and will likely be starting sales as soon as next year. The assembly plant will be the first of its kind in Southern California since 1992 when General Motors Corp. closed their Los Angeles facility, and it will be the state of California’s second plant for electric car manufacturing. The second plant obviously belongs to none other than Elon Musk founder of Tesla Motors; their plant is located in the Bay area.

The company was co-founded by automobile designer Henrik Fisker, a graduate from Pasadena’s Art Center College of Design; he already had many admirers for his designs of some BMW and Aston Martin cars. The company’s only car was named ‘Karma’ which was a plug in electric hybrid, Karma captured the eyes of many people and it was a good seller for the company even though it was bearing a heavy price tag of $100,000. All was going fine until battery glitches in the Karma resulted in a recall for the product and this left a blotch on the brand’s reputation that could not be wiped off easily, production was halted  in 2012 after the company managed to sell about 2,500 cars. This whole mess forced Fisker himself to resign from the company and the dreams of selling affordable electric cars to a mass market were forever shattered. The company was closed in 2013 after financial struggles.

According to real estate broker Ian DeVries of Colliers International the company will move into the new industrial building, the new area is great for operating an assembly line because it is about 1600 feet long in length and is slim in width. The real terms of the lease haven’t been disclosed as of yet but experts value the property around $30 million or so. DeVries said that the company is trying to open the factory as soon as possible and stated that,

"This is one of the first manufacturing deals there of any significance,"

The plant will bring jobs for local residents of the area and will allow more people to specialize in this field of electric car manufacturing. The company is going to be heavily invested in and will probably be a good rival for Tesla Motors and other electric car manufacturers. Let’s hope this time the car does not get recalled and the company makes amends for its past, we will hopefully be hearing more from them soon.