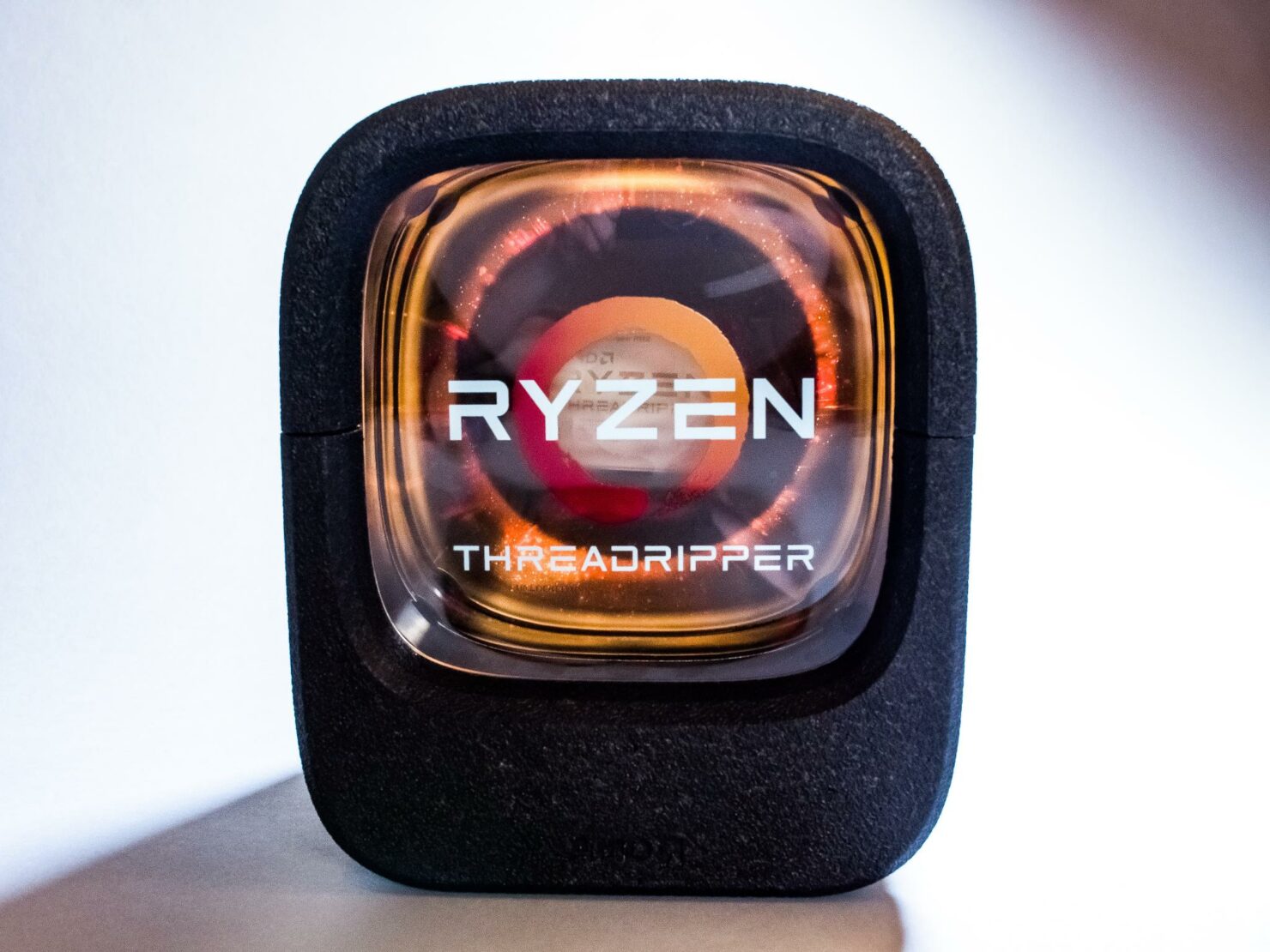 The first round of third party benchmarks for AMD's all new ultra high-end Ryzen Threadripper 1950X CPU are here and they're impressive! The results were published by LTT in a video review via VCZ of the Ryzen Threadripper powered Alienware Area-51 system. So, let's dig into the figures!

The Ryzen Threadripper was compared with three other systems featuring AMD's and Intel's both mainstream and high-end platforms. This includes the Intel Z270 and x299 platforms in addition to AMD's X370 platform.

With that out of the way, let's dig into the results! 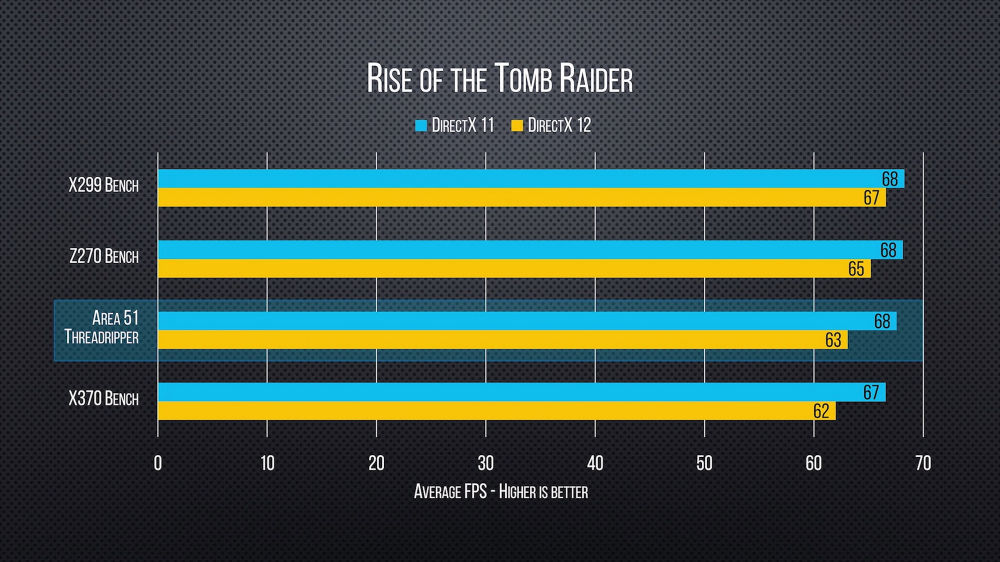 The one and only game LTT tested was Rise Of The Tomb Raider in which all four platforms performed with very close parity. All systems netted an average framerate of 68 in DX11 mode, except for the X370 system which was one FPS behind. In DX12 mode all systems performed worse than they had in DX11, which goes to show how poorly it has been implemented in Rise Of The Tomb Raider. Although, of the four systems the X299 did the best in DX12, followed by the Z270 system, the X399 system and finally the X370 system.

The second benchmark we have is 3DMark. LTT ran Fire Strike Ultra, Time Spy and the Time Spy CPU test on all four systems. 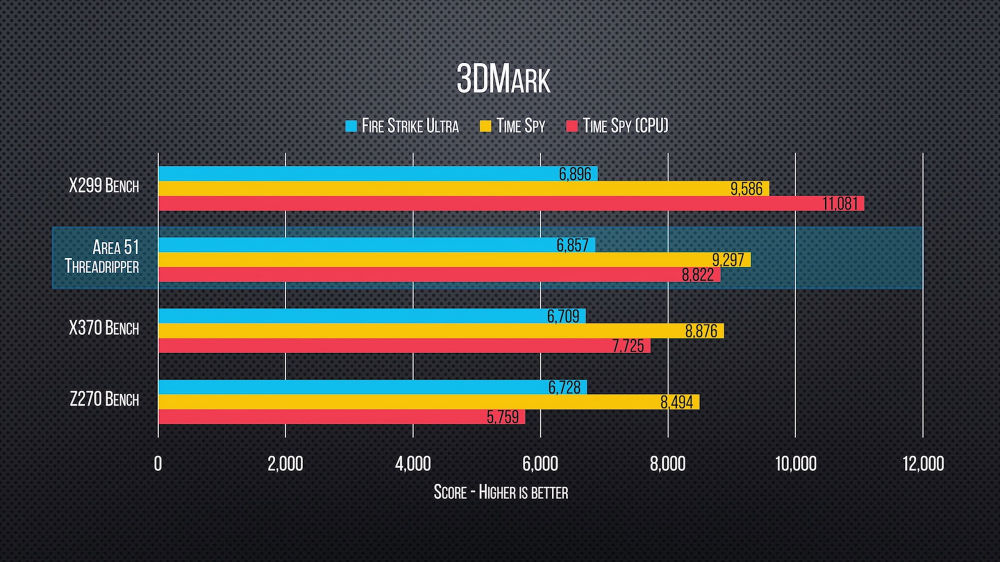 Here, the X299 system came out on top once again, marginally slow in the graphics limited Fire Strike Ultra and Time Spy but significantly so in the Time Spy CPU test. Although Threadripper's performance here exhibits a clear anomaly as all CPUs tested except it show typical core scaling. 3DMark Time Spy will likely need a patch or two before it can take full advantage of all of Threadripper's cores and threads properly. I wouldn't lend much credence to these results before that happens.

The third test we have is an AMD favorite, Cinebench R15 multithreaded. 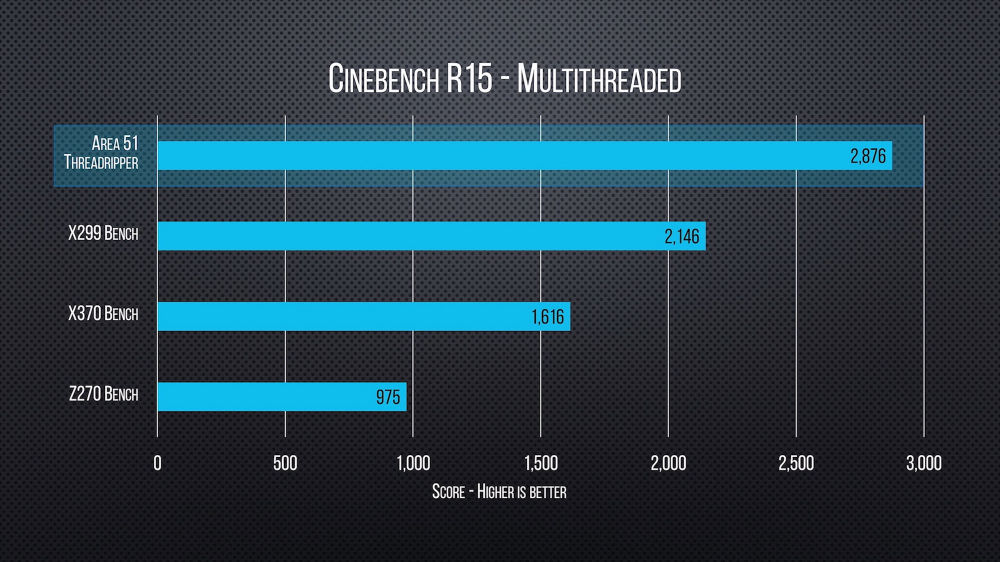 Here, Ryzen Threadripper is finally able to spread its wings and put all of its power to use. The Ryzen THhreadripper 1950X establishes a commanding lead ahead of all other systems thanks to its substantial core count advantage. It manages to outperform the $1000 Intel counterpart by a whopping 34%, offer nearly double the performance of the mainstream Ryzen platform and nearly three times that of the 7700K.

Finally we have Blender. 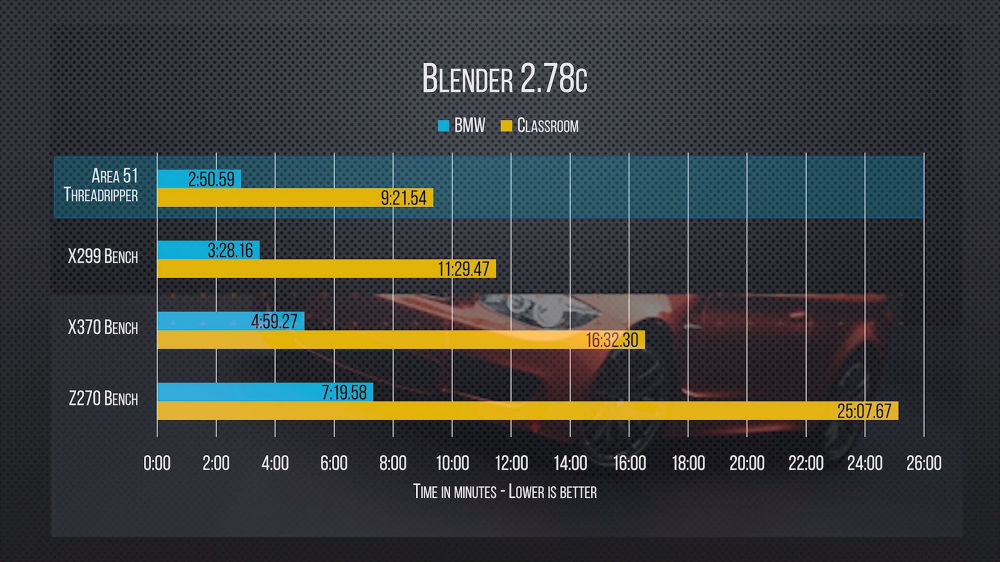 This is another test where all of Threadripper's multi-core goodness can be put to use. The 1950X blows all other platforms out of the water and again bests Intel's $1000 competitor.

The embargo on Ryzen Threadripper ends on August 10th, that's when you should expect to see 3rd party reviews pop up all over the web. LTT's video review only serves as a teaser of what's to come, admittedly a very good one at that. So stay tuned.