Final Fantasy XV’s Level of Photorealism Was Far Greater Than Expected, It Felt Unnatural at First 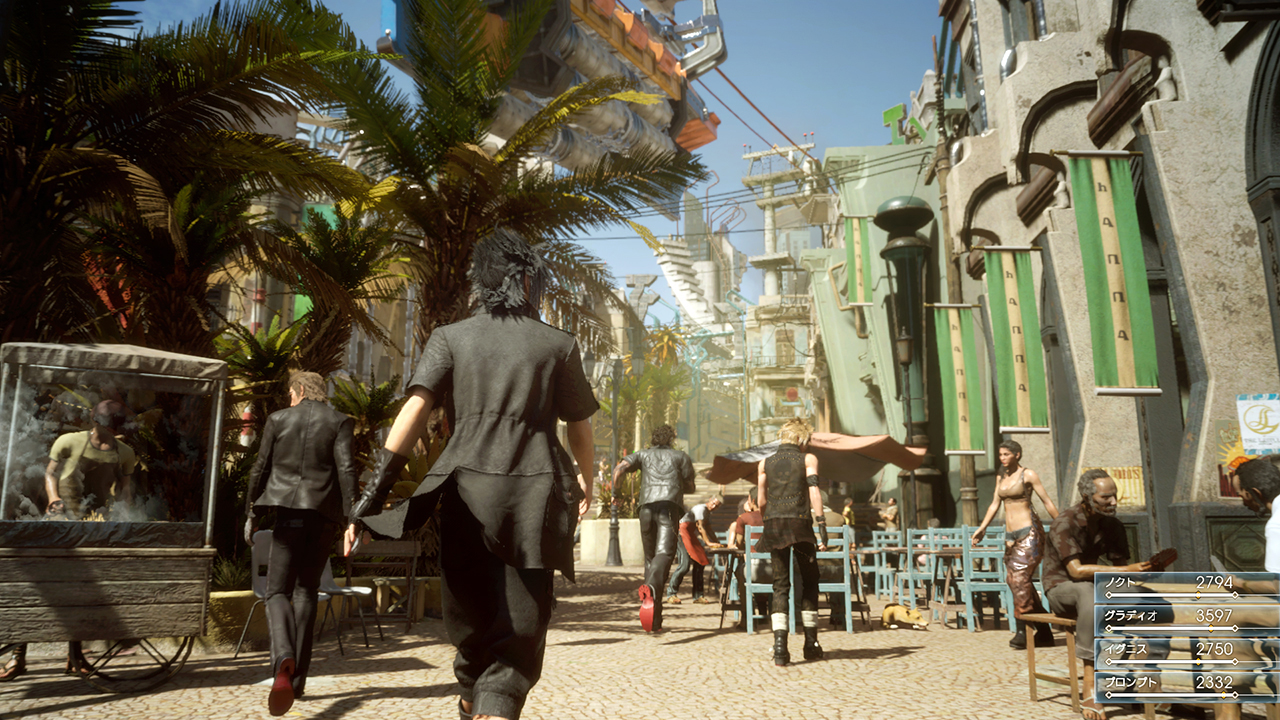 The concept for the new engine was born in 2011, five years ago. According to the developers, real-time scenes in Final Fantasy XV will have five million polygons per frame, with character models made up of 100K polygons each and 600 bones; the inner hair of each character uses 20K polygons.

In the past, we designed image boards for detailed concept art that the team would take and re-create in the game. With Final Fantasy XV,  the level of photorealism that can be achieved was far greater than our expectations. When we actually went in and created the environments in the game, it ended up feeling unnatural, so we would identify those areas and make the necessary adjustments and improve on it further.

There was continuous back and forth between design and production in creating this world. Until now, it was pretty much a one way conversation in which the person designing would hand something off to the person creating it in the game, but now it felt like we were engaged in a two way conversation and that was a huge change compared to past titles.

Kamikokuryo also highlighted that the development team has been interested in making an open world game like this for a long time, but they were blocked by technical limitations.

Significant progress has been made. One such example is that we were able to implement an open world type of gameplay. The team wanted to take on this challenge for quite some time, but were unable to achieve and overcome some of the obstacles until now. For example, in the real world the mountains in the distance will gradually get closer as you move towards it, and you may even climb them if you want to. This is quite normal for us living in the real world, but it's extremely hard to replicate in game due to limitations that prevented us from achieving those feats. Therefore, overcoming that obstacle was huge.

It was also my dream to create a game like this, so it really feels like I was able to achieve my dreams. I feel as I have nothing to regret.

Final Fantasy XV is due for release on September 30 for PlayStation 4 and Xbox One. A PC version is being considered by Square Enix; if it happens, it will be a tech showcase.